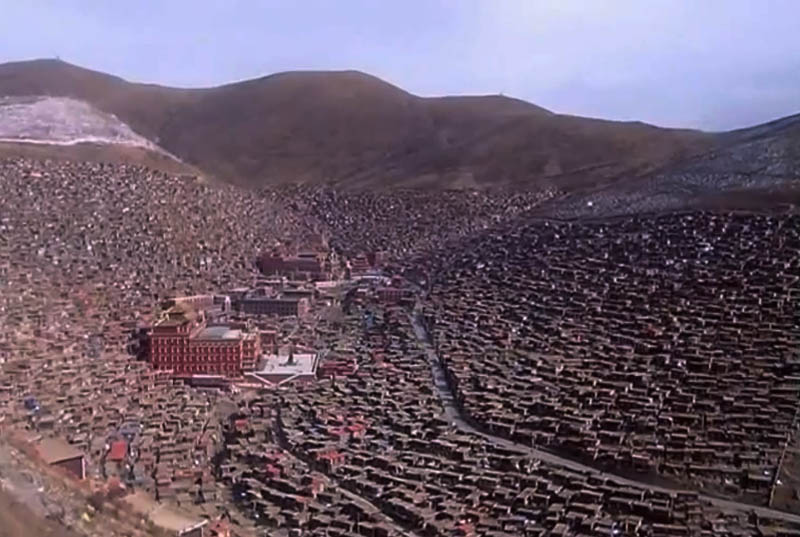 Dharamshala: - Armed Chinese forces have shot dead more peaceful protesters in Tibet- as over 200 Tibetans are reported to have demonstrated in Serta county, eastern Tibet after two Buddhist monks started marching in the town and distributing leaflets and posters calling independence of Tibet.

A Tibetan man name by Popo, 35 and another man, Dawa Dakpa in his 30s have been shot and killed, The report said the incident occurred when a huge crowd of Tibetans had raised banners bearing slogans such as "independence of Tibet, long live His Holiness the Dalai Lama."

Many leaflets and posters were distributed that warned of more Tibetan self-immolations to protest against Chinese rule, if the Chinese authorities did not concern over Tibetan people's voices. Source also stated that leaflets had appeared two days (January 23-24) in and around Serta town.

The unrest has prompted Dr. Lobsang Sangay, elected political leader of the Tibetan government-in-exile, to call on the international community and governments. "to not remain passive" and "to intervene to prevent further bloodshed".

"How long and how many tragic deaths are necessary before the world takes a firm moral stand? Silence from the world community sends a clear message to China that its repressive and violent measures to handle tensions in Tibetan areas are acceptable," he said.

"As a nation aspiring to become a world economic and political power, the People's Republic of China cannot be permitted to behave in such immoral and violent manner," Dr. Sangay further added.

The United States on Tuesday said it was "seriously concerned" by the situation, calling on Chinese security forces to "exercise restraint" and urging authorities to allow journalists and diplomats into flash-point areas.

"We urge the Chinese security forces to exercise restraint, and we renew our call to allow access to Tibetan areas of China for journalists, diplomats and other observers," Otero said in a statement.

The unrest comes at a time of increasing tensions in Amdho and Kham; two traditional provinces of eastern Tibet, where 17 people have self-immolated since 2009-- including four this month alone -- protest at religious and cultural repression under Chinese rule.

The incident came a day after, armed Chinese forces and police in Drakgo county on Monday, January 23rd opened fire on a crowd of Tibetans protesting against China's repressive policy against Tibetan people, three people reportedly shot dead, over 30 people have been injured including 2 with serious injuries and more than 200 protesters were arrested, according to sources in Tibet.

China disputes their version of events, accusing "overseas secessionist groups" of trying to discredit the government by hyping accounts of what happened, and says one protester died in a clash triggered by a violent mob. But monks reached by phone Monday and Tuesday at the Drakgo Monastery said the shooting did occur, and that wounded people had taken refuge there as thousands of armed police stood guard outside. Sources also stated that Telephone and Internet services to the region have apparently been severed, and checkpoints have been set up along the roads to control who gets in and out.

China is the totalitarian regime in the world where freedom of information considerably worsened under authoritarian rule. Detailed about current unrests in Tibet are still unknown as international correspondents were particular targets of the security forces and had to work under the continual threat of expulsion or having their visas withdrawn. Journalists were prevented from covering most of the events that threatened China's stability or might have given it a negative image, according to Paris based international press freedom watch dog; "Reporters Without Borders."