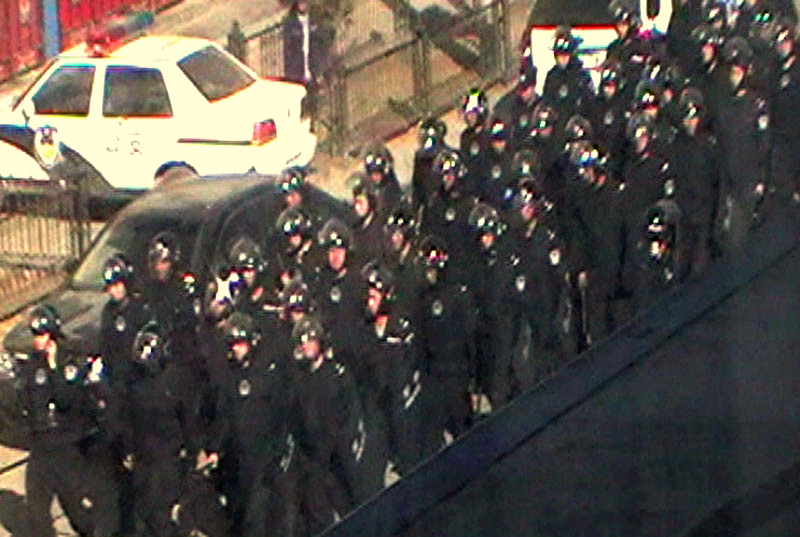 Dharamshala: - On March 28, a young Tibetan monk has become the latest to set himself on fire in protest against the China's Authoritarian Regime, according to a sources inside Tibet. He died in the main street of his hometown Chashang Raruwa.

Lobsang Sherab, a 20 years old Buddhist monk died after setting himself on fire Wednesday evening in Ngaba county, Amdho, north-eastern Tibet. Sources said armed Chinese troop and police arrived and took his body away, ignoring repeated pleas to hand it over to his family members.

More than 30 people have self-immolated, or attempted to, over the past year in eastern and north-eastern Tibet to protest Beijing's heavy-handed rule. Tibetans say China's crackdown is harshly oppressive, Tibetans have no other way to voice their protests.

Source said armed Chinese police removed Sherab's body to prevent local residents from taking it to hold a funeral. Sherab shouted slogans as he burned on the main street in his hometown of Jialuo, then died at the site.

Sherab became a monk at the local Ganden Tenpeling monastery in Raruwa when he was 9 years old. He joined Kirti monastery for higher studies in October 2012.

Overview
Thirty one Tibetans have been confirmed to have self-immolated since February 27, 2009, twenty six men, five women. twenty three of the thirty one are known to have died following their protest, according to an US based ICT report.

Twenty of the thirty one are from Ngaba Tibetan and Qiang Autonomous Prefecture, Sichuan province, One is from Chamdo prefecture in the Tibet Autonomous Region, five are from Tibetan Autonomous areas in Qinghai province, Seven of the 31 were monks at Kirti monastery in Ngaba.

Seven of the thirty one are former monks at Kirti monastery in Ngaba (It is currently not known whether the eight chose to disrobe, or were expelled from the monastery by Chinese government authorities).

Two of the thirty one were nuns from Mame Dechen Chokorling nunnery in Ngaba. thirty of the self-immolations have occurred since March 16, 2011.

Announcement: Ven. Kanyak Tsering from India-based Kirti monastery today infomed TPI that video footage we posted this morning cannot be confirmed as showing the self-immolation of Ven. Lobsang Sherab. TPI apologises to our readers for any error on our part.