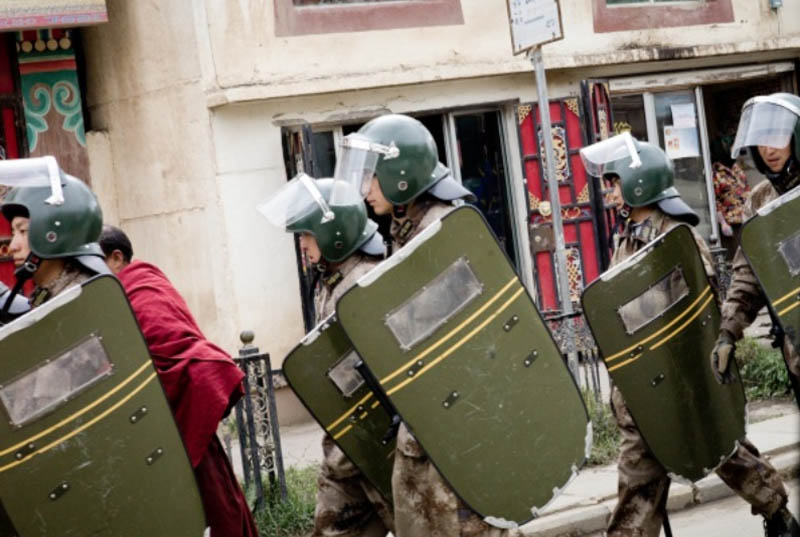 Dharamshala: - Eleven Tibetans who participated in peaceful protest marches in January 2012 in Drakgo (Chinese: Luhuo/Chaggo) and Sertha (Chinese: Seda) have been sentenced to three to 13 years in prison.

The 23 and 24 January 2012 protests in Drakgo and Serta counties were brutally suppressed by security officers who fired upon hundreds of unarmed protesters. At least four known Tibetans died and many got injured in the firing in Drakgo. In Serta, two known Tibetans died, many were injured and an unknown number were arrested.

The dates on which the 11 Tibetans were arrested are not known.

The Tibetans in Drakgo and Serta had staged peaceful protest marches against repressive official policies. Not surprisingly, by labeling these legitimate forms of protests as ‘anti-government, vandalism, and violence', the Chinese government has criminalized all peaceful ways of expressing ones opinions and thoughts.

The fact that heavy sentences were meted out to 11 Tibetans in less than two months after the protests shows the way in which proper judicial procedure had likely been hijacked.