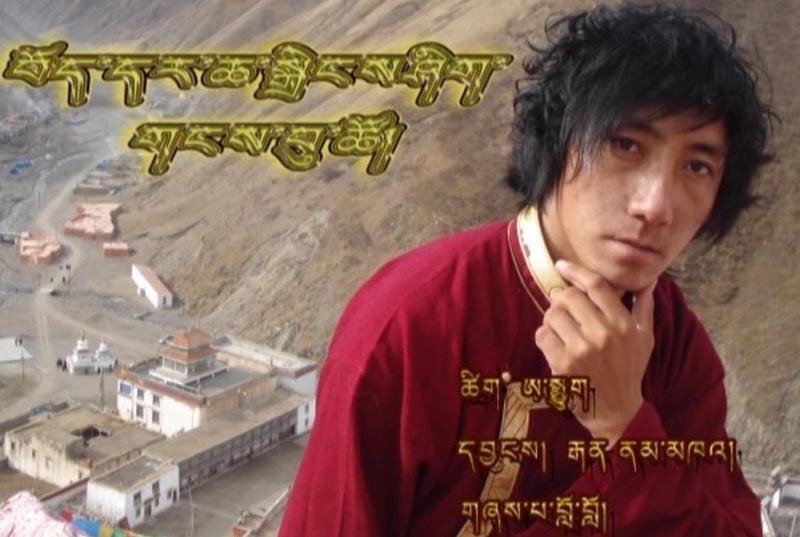 Dharamshala: - A well-known Tibetan singer named Lolo has been detained by the Chinese authorities in Yulshul county, eastern Tibet (Chinese: Yushu Qinghai Province), in April 19, 2012 after he released an album titled "Raise Tibet Flags," according to information from a source in Tibet.

The singer dedicated the album to Tibet, calling for freedom and the return of His Holiness the Dalai Lama to his homeland, solidarity with those Tibetans who self-immolated for their country and reunification of the Tibetan people.

"He also dedicated the album to the Tibetans' struggle, called on Tibetans to keep the continuity of their sovereign tribes, loyalty to Tibet, struggle for independence. Lolo also said "Tibet Raise Your Flags for the truthful middle-way" in his songs," Lobsang Sangyal, a Tibetan monk living at Sera Jhe Monastery in South India told The Tibet Post International.

The 29 year-old singer, who belongs to Dhomdha town in Yulshul county, eastern Tibet has has bee detained by Chinese authorities a few months after releasing his album that contained 14 songs. Lolo is son of father Jamyang Choegyal and mother Choekyid Dolma. His present condition and whereabouts are not known.

On 20 March 2012, a 25-year-old singer, Ugyen Tenzin, was sentenced to two years imprisonment for singing songs calling for Tibetan unity and freedom by Chinese court in Yulshul contuy, eastern Tibet.

Ugyen was detained last February soon after the release of his album titled, "An Unending Flow of My Heart's Blood," with songs of praise in honour of the Dalai Lama, Karmapa and Lobsang Sangay, the political leader; of Central Tibetan administration. He was charged with singing political songs.

A young Tibetan female singer, Hortsang Lhalung Tso was detained by Chinese authorities in August 2011, in Tsoe-town of Sangchu county, eastern Tibet. She was supposed to perform a Night Concert Opening Song. There are no an accountability report or information on her condition since the arrest.

Choegon, 19, a popular singer from Jomda county in East Tibet, was reported to have been arrested by Chinese police in Lhasa, the capital of Tibet, on 11 October 2011. His whereabout also still unknown since following a arrest.

China has jailed scores of Tibetan writers, intellectuals, spiritual leaders, artists, singers, and educators for asserting Tibetan national identity and civil rights since its invasion of Tibet, particularly after widespread protests swept the Himalayan region in 2008. According to media reports, 10 out of 27 known journalists and writers imprisoned by the Chinese regime are Tibetans, six are Uyghurs.