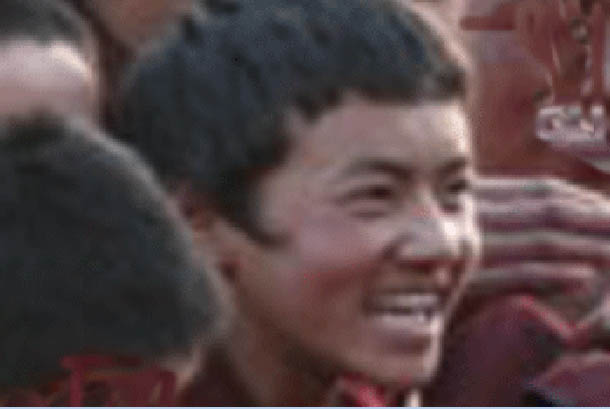 Dharamshala: - A media coordinator in Kirti monastery, Dharamshala- Kanyag Tsering-has told The Tibet Post International that there has been another self-immolation but he added that ''as of now [there are] very little details".

There have been several such incidents in the region in recent months and due to limitations imposed by the Chinese authorities foreign media are banned from reporting, making reports of such incidents very difficult to verify.

However, it is believed that the self-immolator was a male monk from called Lobsang Tseltrim from Kirti Monastery in Kirti Ma township of Ngaba County, north-eastern Tibet. The incident, according to the researcher, happened at 5pm yesterday, Monday 6th August, in Ngaba County.

The monk shouted for the return of His Holiness the Dalai Lama to Tibet before he set fire to himself on Pawu Sanglam- 'Martyr' or 'Hero' Street in Tibetan.

This is the 48th self-immolation since 2009 according to exile Tibetan administration based in Dharamshala, India, the protests all share a common theme: freedom in Tibet and the return of His Holiness the Dalai Lama from exile and he also shouted that Tibetan people should be all living together again in Tibet.

As is now normal procedure in self-immolations in Tibet and in Tibetan regions of China, Chinese state police arrived and put out the fire on the monk's body and they then took him to a local hospital in Ngaba County were he remained for half an hour, his whereabouts as of now is unknown.

Locals now called the street 'martyr's street' as there have been so many people willing to burn themselves for the Tibetan cause in the region.

Kalon Tripa, Dr Lobsang Sangay, commented on the latest self-immolation: "To understand these acts, it is crucial to know that within China, there is no room for freedom of speech and conventional forms of protest. A participant in a simple demonstration runs a high risk of arrest, torture and even death".

He also added that China's policies in Tibet are founded on "political oppression, social marginalization, cultural assimilation and environmental destruction" and that these policies are the root causes of such actions.