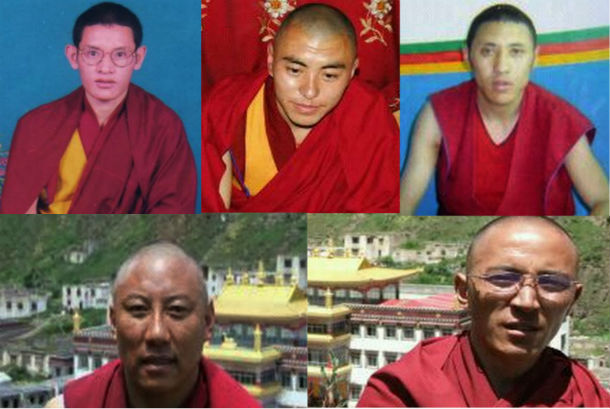 "Before the incident, the local Chinese government officials of Tridu county and Gatoe Yultso town told the working officials at Zilkar Monastery, that some officials will visit the monastery, to handle the government houses being built for earthquake survivors," sources from inside Tibet said.

But, around 10-am, (Tibet Time), Over sixty buses and cars load of over two hundred armed Chinese security forces and police arrived, they have soon surrounded the Monastery and immediately started raiding monks' residences. The authorities detained five monks and took away their computer, printer, CDs and so on, Sangyal, a Tibetan from Kyegudho, currently living in South India told TPI.

According to a report received by the Dharamshala based exile independent media 'The Tibet Post International' (TPI), Sonam Sherab, 45, son of Tsondue Dhonden from Gyachen village, Lobsang Jinpa, 30, son of Tagyal and Pema Tso (mother) from Geshing village, Tsultrim Kalsang, 25, son of Athup and Dolkar from Khar-rong village, Ngawang Monlam, 30, son of Samyag and Tsewang Pema from Geshing village, and Sonam Yignyen, 44, son of Tsondue Loden and Wangmo Dolma, were detained by security personnel on 1 September 2012 from their residence at Gyalrong Tsodun Monastery. Their current condition and whereabouts remain unknown.

"Several monks have been severely beaten up who had tried to complain about the detaining and beating of their colleagues," sources added.

"According to local people near the monastery, over sixty military vehicles load of over two hundred armed Chinese security forces and police passed through that on Saturday morning headed for the Zilkar Monastery," the sources said.

"It is not about the government built houses for earthquake survivors, the four monks' arrest was also as part of a previously planned military crackdowns and raid," he added.

Sonam Sherab was arrested for Photographing Chinese armed police and forces when they first arrived. However, it is not clear on what charges the four other Tibetan monks were detained and there is no information on the locations of their detention. 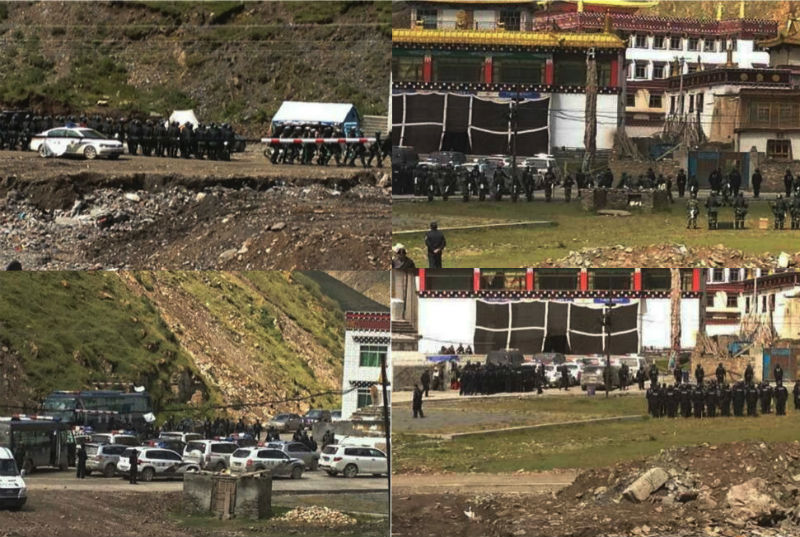 Security presence and surveillance have been stepped up. The authorities also allegedly cut off the power supply and telephone connection of the monastery, sources from Tibet continued.

In June, 2012, Ngawang Norpel, 22, and Tenzin Khedup, 24, died in self-immolation in Tridu County, Kyegundho, where five tibetan monks were detained.

In February this year, three Tibetan monks from the Zilkar monastery- Sonam Gewa, Lobsang Samten, and Lobsang Nyima were arrested. Sources said, it is widely suspected that the Tibetan monks were arbitrarily detained in connection with the recent self-immolations and mass protests that occurred in the region.

Sangyal said that the Zilkar Monastery in Kham region has a long history, currently introduce hundreds of students to the methods and skills involved in Tibetan language and to develop their ability to keep cultural identity within the field of Buddhist Studies.