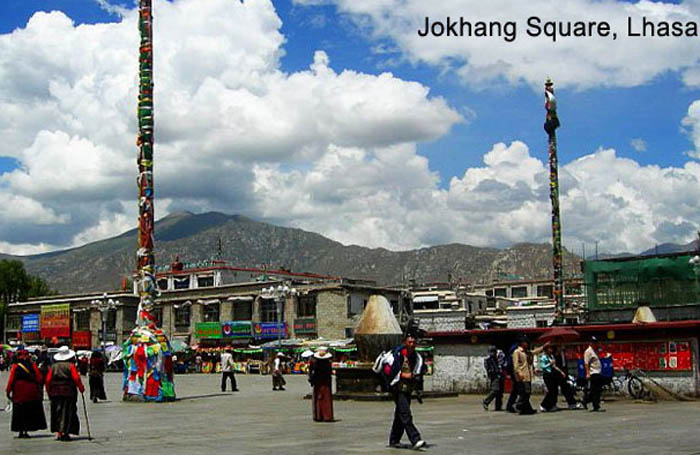 Dharamshala: Natives of Amdo and Kham regions of Tibet are being barred from freely travelling to the capital city of Lhasa. Radio Free Asia (RFA) in a recent report states that China has taken the step to further intensifying the crackdown, as they fear the spread of protests from Tibet's Amdo and Kham regions to Lhasa.

In addition to this, China has already taken up measures to expel Tibetans from other parts of Tibet that are not registered residents in the city.

A source said, "The Chinese authorities and police are stricter on Tibetans from Amdo region." He added that, "The natives are seen as thorns in their eyes."

Amdo, historically a Tibetan-populated region, is now incorporated into Qinghai province and parts of Sichuan.

After two Tibetans from Ngaba prefecture self-immolated in May, at the central square, in the heavily guarded capital city, the police and security forces started to enforce the travel ban especially for people from Amdo region.

Travel is not completely off limits. Exceptions are made by the authorities, if one can produce a residence permit, a police clearance and has no record of being involved in any political activities, including demonstrations. However, the degree of restrictions varies from one region to another, but is especially enforced against monks and younger Tibetans.

The report also cites that if Tibetan youth assemble in a group of three to four, they are held for questioning or harassed in other ways.