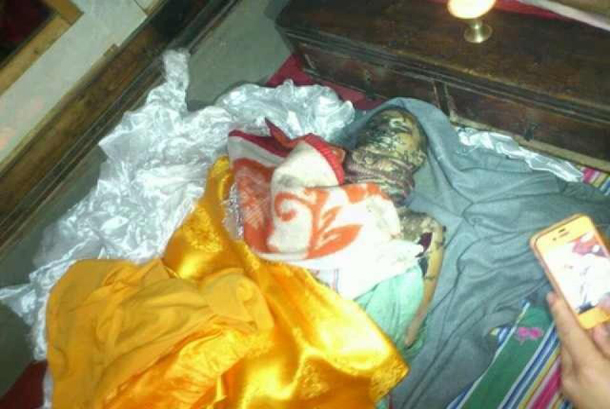 Dharamshala: - Another Tibetan elder man from Sangchu, north-eastern Tibet died after setting himself alight in the latest nonviolent act of self-immolation protest against Chinese communist rule over the Himalayan region of Tibet Tuesday.

This is the eighth self-immolation death in the month of Octobeer, as a result of Tibet protests against the oppressive and discriminatory policies of the Chinese authorities in Tibet.

Confirming the self-immolation, Rinchen reportedly died on the spot. He is the latest to self-immolate in a tragic wave of protests against Beijing's heavy-handed rule in Tibet and that have now surpassed over 58.

"The local Tibetans refused to hand over his body to Chinese authorities and they took his body back to his home. As a mark of respect, they then gathered to pay their last respects to Dorjee Rinchen and offered traditional scarves to his body," according to sources inside Tibet.

The situation is still tense among grieving local Tibetans as China deployed a large number of armed military forces near to Sayue township and the surrounding areas. Phone lines and Internet connectivity in the area has suddenly been blocked after the incident.

Another Tibetan layman from Labrang died in self-immolation protest yesterday, 22 October, after setting himself on fire, while shouting slogans calling for His Holiness the Dalai Lama's return to Tibet and freedom in Tibet.

The Chinese state run media Xinhua News Agency quoted a provincial government official as saying "a 63-year-old herdsman set himself ablaze at the Labrang monastery on Sunday but the China's mouthpiece media did not give the man's name or say whether he survived.