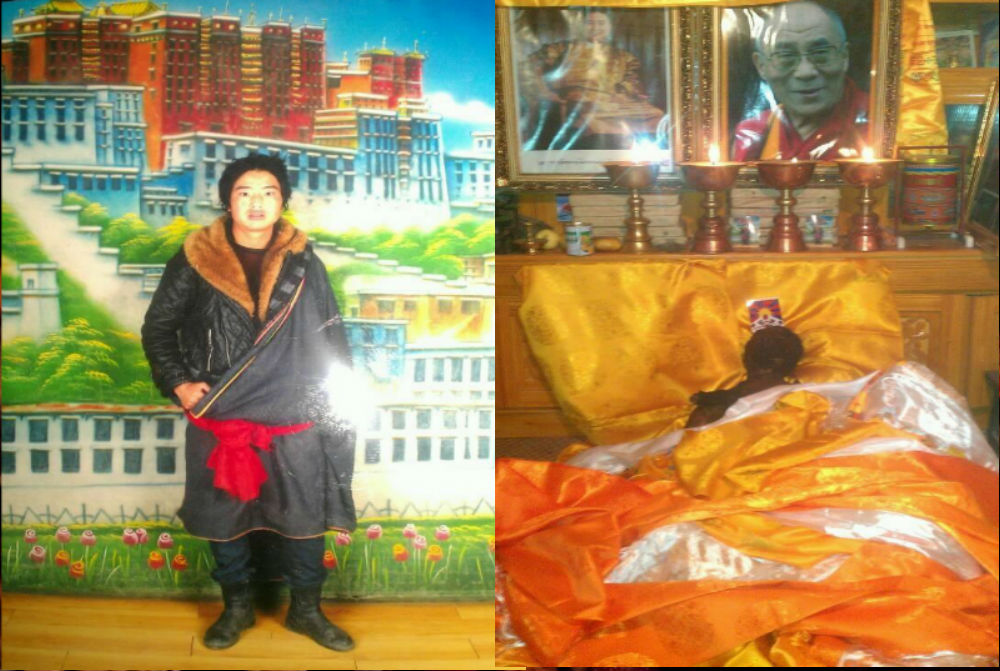 Dharamshala: — A Young Tibetan man has set himself on fire and died in the latest of dozens of protests against the repressive policies used by communist chinese regime in Tibet, latest sources from inside the region said.

Dharamshala: — A Young Tibetan man has set himself on fire and died in the latest of dozens of protests against the repressive policies used by communist chinese regime in Tibet, latest sources from inside the region said.

"Wangchen loudly raised slogans against the Chinese suppression, demanding for the return of His Holiness the Dalai Lama to Tibet, freedom in Tibet, and release of the Panchen Lama, including all the Tibetan political prisoners," Ajam further told TPI.

"Hundreds of Monks and local residents took his body to the Kangtsa monastery, where prayer ceremony were held. The sources said that all local Tibetans and monks were gathered at the monastery to pay their last respects to wangchen and offered traditional white scarfs to his body."

"His cremation ceremony took placed near the monastery at 10.30pm, where hundreds of people loudly chanted prayers and long live His Holiness the Dalai Lama," Ajam said.

"There is a latest picture of Wangchen taken today in Rebkong county, just before his self-immolation, in which shows he dressed up-well in traditional costume, with Potala palace in the background." Sources further added.

The photograph he meant to be dedicated to the people of Tibet, which has become the model for a great memorial to the Tibetan struggle as the Potala Palace is regarded as the iconic symbol of Tibet.

Another photo shows his charred body in a house covered with traditional Tibetan scarves. Large portraits of His Holiness the Dalai Lama and 10th Panchen Lama along with one Tibetan national flag were seen displayed inside.

"On 8 November, a mass prayer service in honour of Tibetan self-immolators, including offering thousands of butter lamps and Long life His Holiness the Dalai Lama held at the Kangtsa Gaden Choephel Ling Monastery and local Tibetans, the sources said.

Self-immolation protests against Chinese rule over Tibet were took place over a widening area of Tibet, including Lhasa, the capital of Tibet. Viewed in the context of other recent significant protests North-eastern Tibet.

All of those who have self-immolated have called for freedom for Tibet and the return of His Holiness the Dalai Lama from exile.

According to Tibetan official confirmation, the latest incident brings the total number of Tibetans who have set themselves on fire in peaceful protest to 78 since 2009, of which 63 already passed-away.