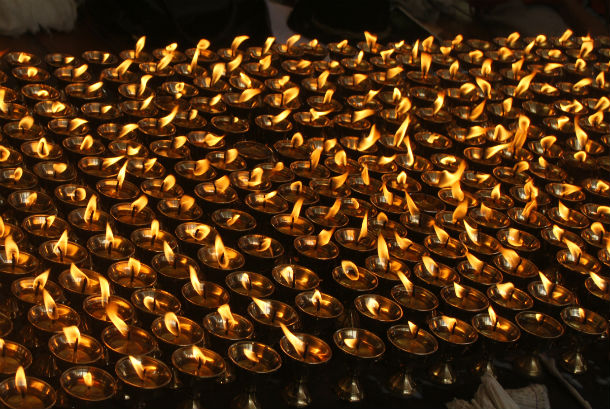 Dharamshala: -A young father is reported to have been bundled away by Chinese police after setting himself alight on Sunday, December 2.

According to exile sources, Sungdue Kyab self-immolated in the main street of Bora town, in the Sangchu  region of Amdo, eastern Tibet, at around 3.30pm, bringing the official number of Tibetans setting themselves alight protesting Chinese rule in their country since March 2011, to 91.

Eye witnesses reported that the father of one was still alive when Chinese security personnel doused the flames and bundled him away – reportedly to a hospital in Tsoe.

Local residents, including monks from the nearby Bora monastery, are believed to have attempted to visit the injured protester in Tsoe, but were denied permission by the Chinese authorities.

On October 20, another young father, 27-year-old Lhamo Kyab, died after setting himself alight near Bora monastery, after shouting slogans calling for the return of the Dalai Lama to Tibet, making this the second incident the town has witnessed in less than seven weeks.

In November alone there were 28 self-immolations in Tibet – almost one a day. The spate peaked when five Tibetans set themselves alight in one day on November 7th - the eve of the Chinese Communist Party's week-long 18th National Congress, during which Xi Jinping was selected as the country's next president.

It has also been reported that Konchok Kyap, who self-immolated in Zaru, in Ngaba county, on November 30, has died. It is believed that local people are doing all they can to greet and support his family, who have only been granted a small amount of his ashes.

Meanwhile the situation in Bora, where many communication lines have been 'hampered', remains tense.