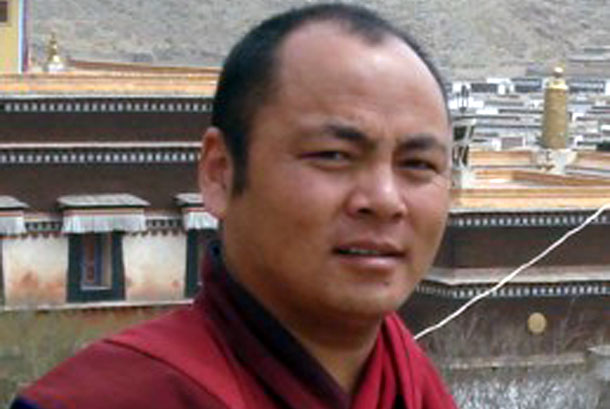 Dharamshala: - Golog Jigme, a Tibetan Buddhist monk who helped well-known Tibetan filmmaker Dhondup Wangchen for his documentary on the lives of Tibetans under Chinese rule, is facing possible death sentence as Chinese police has issued arrest warant against him for alleged murder charges.

Golog Jigme, also known as Jigme Gyatso, is missing since 20 September when he travelled from Labrang monastery to Tsoe in Kanlho in north-eastern Tibet.

Recently on 28 November, the Public Security Bureau of Gansu Province issued an arrest warrant against him for alleged murder charges, announcing 2,00,000 yuan cash reward for the informers, according to the Central Tibetan Administration media. 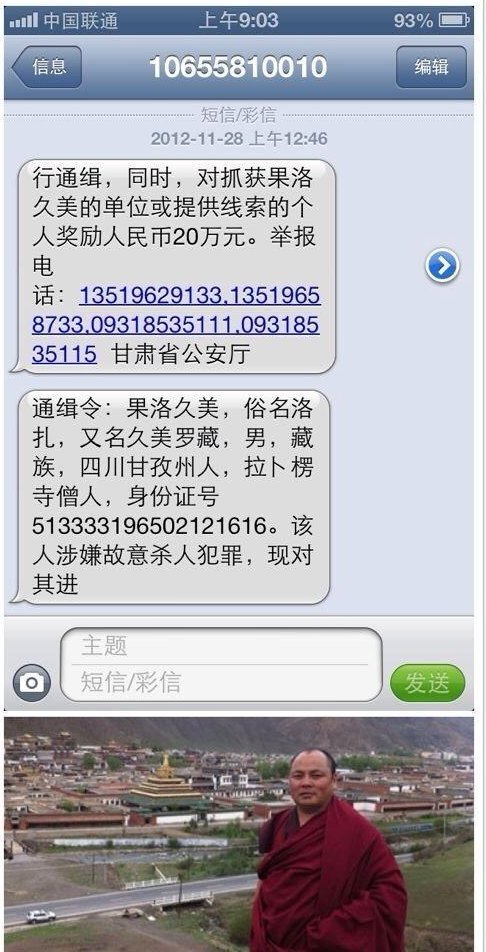 Golog Jigme, a monk of Labrang monastery, was born in 1969 at Serthar in eastern Tibet.

Local Tibetans described him as monk of moral integrity and a sincere social worker.

Human rights groups have expressed deep concern over the well-being of Golog Jigme and other political prisoners who are suffering under the repression of the Chinese government.

Jigme Gyatso is a Tibetan filmmaker and human rights activist. After assisting with the documentary Leaving Fear Behind, he was arrested by Chinese authorities on at least three occasions, including a 2012 murder charge.

The 25-minute film features interviews with Tibetans living in Amdho region of Tibet, who express their views on Tibet’s exiled spiritual leader His Holiness the Dalai Lama, the 2008 Beijing Olympics, and the perceived hardships of life under Chinese rule—topics considered politically sensitive by the Chinese regime.

He was severely tortured after he was first detained in March 2008, hanging from the ceiling for many hours with his hands and legs tied behind his back, and he lost consciousness several times because of beatings by Chinese security forces. Electric batons were also thrust into his mouth and eyes, and he was deprived of food and sleep, according to Tibetan writer Tsering Woeser, currently living Beijing.