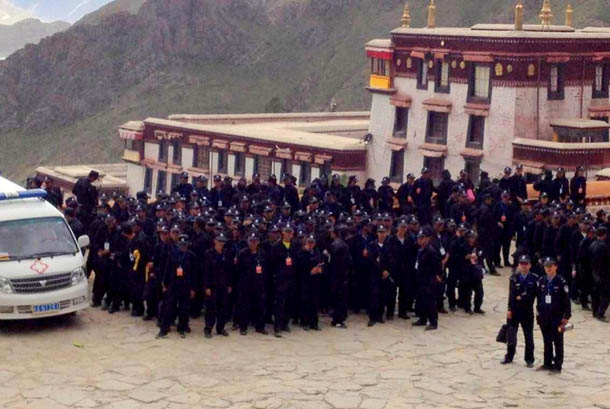 Dharamshala: Chinese authorities in northeastern Tibet have confiscated televisions and satellite equipment from monasteries to impede the flow of information in the region.

A statement on the state run Qinghai news agency reported that search parties have been sent to over 300 monasteries in Malho, (Huangnan) Amdho, where they dismantled satellite equipment and seized televisions, which the statement said, enabled the monks to tune into "anti Chinese" broadcasts.

The local Chinese authorities also announced plans to spend 8.64 million Yuan ($US 1.39 million) to install 50 transmitters allowing them to broadcast 70 per cent of the prefecture's TV channels.

Five of the 95 Tibetans who have self-immolated protesting Chinese rule in their country since 2009 are believed to have done so in Malho.

The statement, released in December, said that to deter self-immolations, it should be "guiding public opinion on the Dalai issue", and "blocking outside harmful information", adding: "The prefecture's agricultural and pastoral areas have relied on certain satellite equipment to watch and listen to overseas, anti-China programs.

"At this critical moment for maintaining social stability in Huangnan prefecture ... (we must) strengthen measures and fully fight the special battle against self-immolations".

When asked to confirm the report by international news agency, Reuters, the Huangnan prefecture government said:"We do not know anything about it."

China has repeatedly denounced the Dalai Lama and exiled Tibetan groups for inciting self-immolations in Tibet.