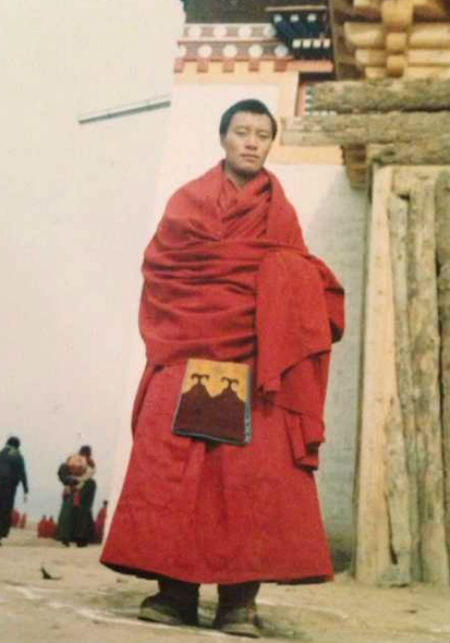 According to sources in the region, Lobsang Namgyal, a 37-year-old monk from the Kirti Monastery in Ngaba (Chinese: Aba), eastern Tibet set himself ablaze during a protest against Chinese repressive policy. The sources to The Tibet Post International (TPI) say he died on February 3 after setting himself alight in a small town called Zoge county in Ngaba of Amdho region, eastern Tibet. Namgyal called for the long life of His Holiness the Dalai Lama, the spiritual leader of Tibet. He is the 100th Tibetan to self-immolate in Tibet.

Another self-immolation incident occurred on February 13 in Amchok county in Amdho region of eastern Tibet. Drukpa Khar, a 26-year old Tibetan man died after self-immolating in protest against the Chinese rule. He is from Lushoe Kyi village in Tsoe, lower Achok township of Kanlho ( Chinese: Gannan, Gansu. He is survived by his father Tamdrin Tsering and Tamdrin Tso (mother)and three, children, according to the sources inside Tibet.

He is the 101st Tibetan to self-immolate in Tibet as part of a four-year protest campaign against China's repressive rule and failed policies in the Himalayan region.

The third Tibetan self-immolation of this month happened in Nepal's capital Kathmandu on Wednesday morning, February 13, apparently to protest Chinese rule. Hospital officials in Kathmandu say the Tibetan monk, in his early 20's, died of his injuries Wednesday, just hours after setting himself alight at Boudha, Kathmandu, Nepal. 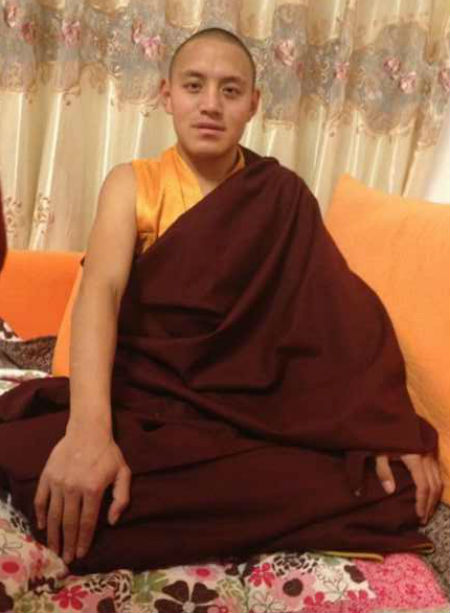 "Druptse or Drupshin Tsering, a 25-year old Tibetan monk has set himself ablaze on the premises of Boudhanath stupa on Feb 13 in Kathmandu. The Tibetan monk has reportedly wrapped himself with cotton with the help of a metal wire and doused his body in petrol. Nepalese police immediately came to the scene and took him to a hospital where he succumbed to injuries sustained during the self-immolation protest," Tashi Dhondup from same county, currently living in exile told TPI. Druptse's father is a reincarnated lama called Sangnag Tenzin and his mother is Tselha.

The ICU in charge Mr. Subash Acharaya told reporters that he was died at 10:30 pm on February 13 and his body has been handed over to the police for further investigation. HURON president Mr. Sudip Phatak has said that 'HURON' president will advocate for the body to be handed over to the Tibetan Community but there has been no approach by any community representative.

Druptse is the sixth Tibetan in exile since 1998, who burned himself to death in self-immolations protesting China's rule over Tibet. His death is the third from six Tibetan self-immolation protests in exile.

Last week, Chinese state controlled media claimed that at least 70 Tibetans had been arrested or detained in a Amdho region of Tibet, (Chinese: province of Qinghai) and accused of inciting others to self-immolate. Also, a Chinese court given harsh sentence to a Tibetan man with 13 years in prison on similar charges.

Sikyong or political leader of the Central Tibetan Administration (CTA) , Dr. Lobsang Sangay Thursday said his administration 'continues to repeatedly appeal to the Tibetans in Tibet to refrain from such drastic acts, sadly the self-immolations continue.'

'The ongoing and unprecedented self-immolations by an increasing number of Tibetans in Tibet are the ultimate acts of civil disobedience against China’s failed rule in Tibet. Instead of owning the onus of tragedy in Tibet – a self evident responsibility of its over 60 years of continuous iron-grip rule in Tibet – China relentlessly and irresponsibly accuses His Holiness the Dalai Lama and the Tibetan leadership of inciting these self-immolations," Dr.  Sangay added.

"To unveil the truth of the matter in Tibet, we have called on China to provide unfettered access to Tibet for the global media, diplomats and international NGOs. On our part, we have repeatedly invited China to Dharamshala, India, the headquarters of CTA, to investigate our alleged role in the self-immolations. We have pledged full co-operation and unhindered access to our offices," he stated.

"The CTA, therefore, calls on the national governments and international agencies, including the United Nations, to use their good offices and actively engage with China to stop the deteriorating situation in Tibet by addressing the genuine grievances of the Tibetans. Concrete steps for the leaders of the world need to take immediately are to send Ms Navi Pillay of UNHCR to visit Tibet and investigate the real causes of self immolations, and convene a meeting to discuss and address the crisis in Tibet. It would go a long way not only to encourage the Tibetans in their effort to embrace democracy and non-violence but also to be a catalyst for a moderate China," he continued.