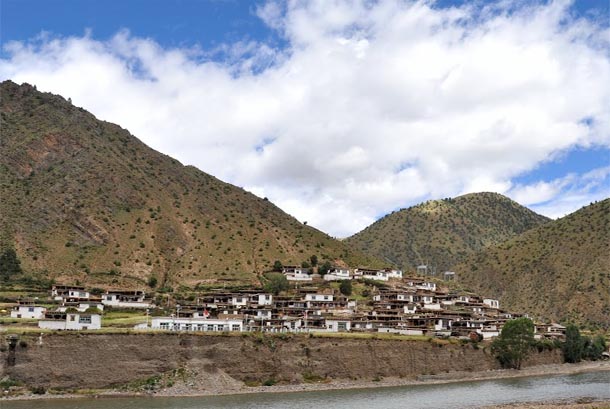 Dharamshala: - On February 11, Chinese authorities have detained six Tibetans in Kham region, eastern Tibet for their alleged involvement in the leaflet campaign for Tibet's independence and leading a protest against Chinese rule.

On February 10, Sunday night, "the day before the Tibetan New Year's Eve, many local Tibetans from Tsawa Dzogang have gathered together in front of the local Chinese government building in Medye Getsang Township, Pomdha county, carried out a protest against Chinese repression in the Himalayan region," sources inside the region told The Tibet Post International (TPI) that local Tibetans shouted slogans such as "Tibet is an independent country" and "We want religious and culture freedom."

"Many leaflets calling Tibet's independence were posted on the walls and distributed in public places in the township during the night protest," a Tibetan originally from the region, currently living in exile told TPI.

During the clashes between Tibetans and armed Chinese security forces and police, the protesters throw stones at the Chinese government building and Tibetans were beaten by the Chinese with their rifle butts in response. He stated that "many protesters were injured, two of them seriously."

"The Chinese police and security personnel beat the six severely. The authorities did not explained the reason for their arrests and their current whereabouts and condition is unavailable," he said.

"Its already passed 10-days, still difficult to communicate with locals in the area. Because, the authorities cut off Internet access and phone lines following the incident," he further added.

"On February 11, the first day of Tibetan New Year, Chinese authorities have detained the six Tibetans in Tsawa Dzogang, Kham region of eastern Tibet on suspicious of distributing and posting leaflets calling for Tibet’s independence and culture and religious freedom for Tibetans," according to the sources.

"From Tsawa Dzogang county, currently part of the so called Tibet Autonomous Region (TAR), it takes about four hours to get to downtown the very nomadic area- Medye Getsang township." After the incident, the Chinese authorities had imposed heavy restrictions on Tibetans in the county.

The officials reportedly announced that Tibetans would be rewarded if they celebrate Losar (Tibetan New Year). They warned that those Tibetans who did not celebrate the New Year.

"This year, locals were forsaking singing and dancing performances during Losar. But they only performed the customary religious prayers, like visiting monasteries and making offerings for their Losar commemoration.