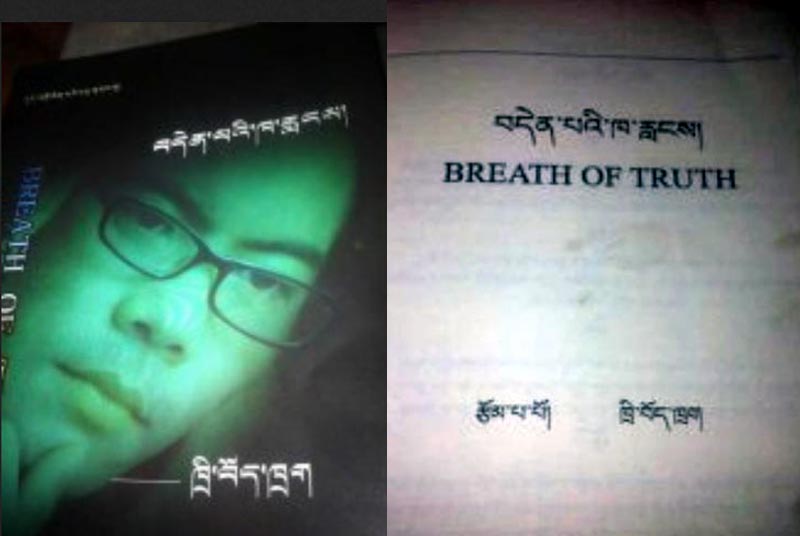 Dharamshala: - A monk from Tongkyab Monastery has gone 'missing' since his arbitrary detention earlier this month by the Chinese Police in Gade County in Golok, Tibet.

"On 11 March, the day after the 54th anniversary of the Tibetan national uprising, Tritsen, 26, a monk from Tongkyab Monastery, was detained on unknown charges. Police detaining the monk gave no explanation for the sudden detention", according to a statement issued by the Tibetan Centre for Human Rights and Democracy.

Although the Chinese authorities have yet to disclose the charges against Tritsen, sources with contacts in the area told the rights group that he was probably detained in connection with a book he authored and published in March 2013. The book, titled "Denpai Khalang" (Breath of Truth), was released and distributed on 8 March at Tongkyab Monastery. The book contains essays on self-immolation by Tibetans and it features a biography on Lama Soeba, a reincarnated Lama from Tongkyab Monastery who self-immolated last year.

Tritsen's detention took place when he was visiting his aged mother who lives near Tongkyab Monastery.

Tongkyab Monastery has experienced a spike in armed police presence since monks of the monastery held a prayer ceremony on 14 March to mourn the loss of lives in self-immolation protests. The prayer ceremony was held to observe the 54th anniversary of Tibetan national uprising.

On 17 March, a group of local officials, after getting wind of the prayer ceremony, arrived at the monastery and immediately called a meeting with the monks. In a strong indication that Tritsen's detention was related to the views he expressed in his book, the officials pressed the monks to turn themselves in if they had morally or materially supported the publication of the book.

The local officials were followed by 10 Audi SUVs carrying security officials from the County Government. According to sources, the total number of government and security personnel currently stationed at Tongkyab is around 100. Security officials have extended their stay for a month and even asked the monastery to let them stay (without charge) in a nearby guesthouse owned by the monastery. The monks appealed that this would severely affect their main income source to feed, shelter and educate the monks. In response, the County officials have now put up tents on the monastery campus, demonstrating their intention to extend their stay.

The officials are now holding 'political education' meetings on the prayer hall's doorsteps. Sources said that on the first day of the meeting on 17 March, officials again asked the monks about Tritsen's book and issued stern warnings against the holding of prayer ceremonies, saying they are against the law. They further warned that going against the law would result in the confiscation of IDs of registered monks. The fate of unregistered monks at the monastery remains unknown.

Tongkyab Monastery has about 200 monks, half of whom are officially registered, that is, the Chinese government approves and recognizes them with a special ID cards. Non-possession of these IDs means a monk is not a monk, however sincere he is about his education. Laws barring those below 18 years of age from joining a monastery have been in place for decades and have severely affected normal religious teachings at the monastery.