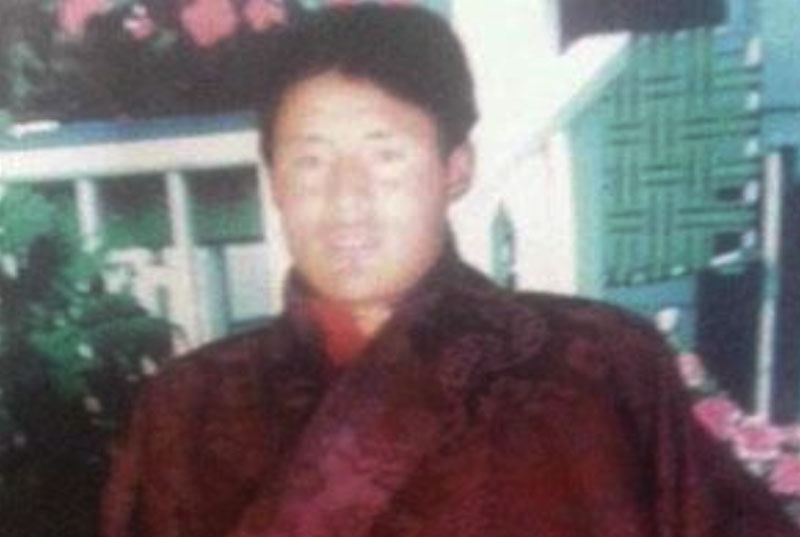 Dharamshala: – Emerging reports from eastern Tibet say a 34-year old layman has died in eastern Tibet on Monday after setting himself ablaze as self-immolation protests against China's hardline and repressive policies on Tibet.

"Tenzin Sherab, 23 has died after setting himself ablaze at a road side in Kyaring area, near Chumarleb county, Kham Yushul of eastern Tibet (Chinese: Yushu Tibetan Autonomous Prefecture in southern Qinghai) on May 27, 2013 in protest against the continued religious and cultural repression by the Chinese government," Ven Jampa Yonten, a monk in South India told The Tibet Post International, citing contacts in the region.

Tenzin Sherab was a native of Adrel village in Chumarleb county, Kham Yushul of eastern Tibet, according to Jampa Yonten.

"After his self-immolation protest, his friends noticed and local authorities handed-over his body to Chinese police. The next day, [May 28], the Chinese police called Dhondup, Sherab's father and family and told them to claim the body," sources said.

"The local Chinese authorities already have ordered monks Wednesday evening to cremate their bodies in the morning tomorrow," sources added.

According to the sources Sherab was 'very loyal and honourable Tibetan man." It says for many times, he criticised China's failed policies in Tibet and declared his loyalty to Tibet cause.

The latest incident has pushed the total number of self-immolations in Tibet to 118 since 2009, at-least 101 of them reportedly passed-away due to burn injuries.

The most common call for the return of the spiritual leader of Tibet His Holiness the Dalai Lama to his homeland and freedom for Tibetans. However, many also called for Tibetan independence.

Tibetans inside Tibet and exiles say China's crackdown on Tibetan regions is so oppressive, those who choose such a horrific form of protest feel they have no other way to express their beliefs.

"Through various media, the Tibetan administration has consistently appealed and categorically discouraged Tibetans in Tibet from self-immolating as a form of protest," said Dr Lobsang Sangay, the political leader of Tibetan people.

He criticized Beijing's failed and hard-line policies in Tibet, saying "We discourage the actions, but support the aspirations. Life is precious and as human beings we do not want anyone to die in such a manner. As Buddhists, we pray for the soul of the deceased. As Tibetans, it is our sacred duty to support the aspirations of Tibetans in Tibet: the return of His Holiness the Dalai Lama to Tibet, freedom for the Tibetan people, and unity among Tibetans."

The Chinese government, however, has accused His Holiness the Dalai Lama and exile Tibetans of orchestrating the waves of self-immolation protests by Tibetans in Tibet.