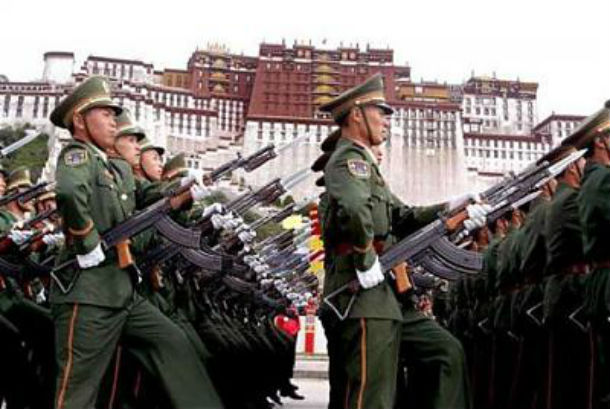 Dharamshala: - Two Buddhist monks were arrested by Chinese police for allegedly involving in a demonstration against repressive Chinese Government in Chamdho county of eastern Tibet.

"Two Tibetan monks, Tenzin Tsering and Lobsang Gedun from Drongsar Monastery in Chamdo Prefecture, also in Kham region was accused of being involving with the anti-China demonstration and has been held in custody, but is being admitted to a hospital due to serious inflicted injuries," Soepa, a Tibetan who is currently living in India also told The Tibet Post International (TPI).

"Tenzin Tsering, a monk of the Drongsar Monastery from Tsawa Pashoe, Chamdho county was arrested and beaten, being accused by demonstrating with his colleaque from the same monastery," he said.

"Lobsang Gedun of Drongsar Monastery was arrested for demonstrating and shouting out slogans in a county seat during the official celebration of the Founding Celebration of the Chinese Communist Party on 1st of July," he added.

Tsering from the same monastery was detained as he was accused of being his accomplice, but was seriously beaten after the third day of his detainment and was sent to a hospital," sources told further TPI.

According to the sources, "Gedun is receiving treatment in the hospital till this day, and unable to speak currently. The location of Gedun who demonstrated is yet unknown, and his family is not allowed to visit, but local eyewitnesses have reported seeing him of taken to the hospital for treatment, and was unable to walk during that time."

Soepa said that Chamdo Prefecture is currently being lock-down by the People's Armed Police, and the monks of Dzongsar Monastery are forbidden from gathering and leaving the temple. Tense situation brews in this area since July 1.