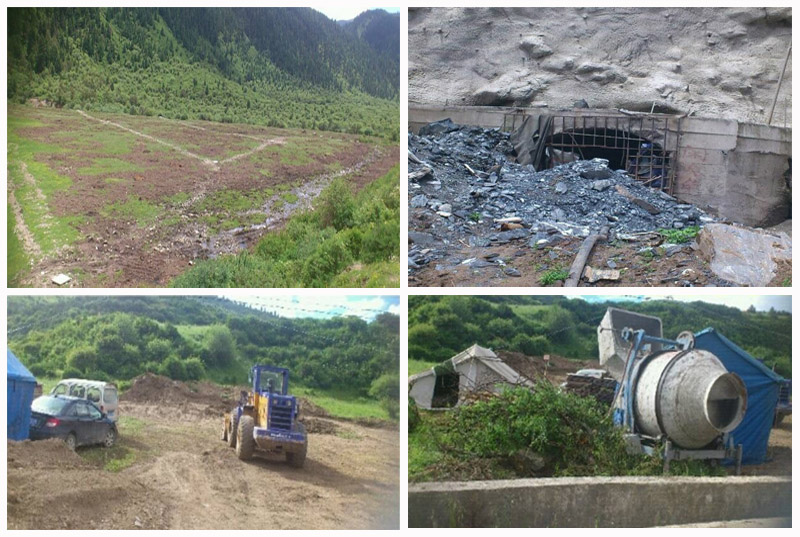 Dharamshala: - A major land grab by Chinese authorities is being reported by local sources in Muge area in Sungchu (Ch: Songpan) County in Ngaba (Ch: Aba) Tibetan and Qiang Autonomous Prefecture, Sichuan Province, in the Tibetan province of Amdho.

According to local accounts along with some photographs received by Tibetan Centre for Human Rights (TCHRD), the Chinese authorities have appropriated all farmlands in Achu nomadic camp (Tib: dewa) in lower Muge area in the name of hydro-power projects to generate electricity.

Traditional grasslands used by local herds for grazing in autumn were also appropriated. More farmlands have been confiscated in neighbouring A-ngang and Agon camps for 'development' projects.

Local people were given no explanation by the government regarding land-grab. They were not consulted before, during or after the execution of the so-called development projects. Their participation and agency in shaping policies conducive to local conditions were denied.

Alongside the increased land-grab, the security situation has also gained added momentum with new police stations being built in both upper and lower areas of Muge. Sources say each of the three townships in Muge now has at least 3 police stations as opposed to at least 2 in the past.

At the time of reporting, a new police station being built near Muge Monastery. The initial plan was to build the police station within the monastery. But the plan was changed when the authorities met with stiff resistance from the senior monastic staff.

The birthplace of scholar Muge Samten, now a famed pilgrimage site, is located just about half a kilometer away from Muge Monastery.

The upcoming police station near Muge monastery has heightened concerns and tension among local Tibetans in Muge.

There is no report available immediately on whether any displacement has occurred during confiscation of farmlands, particularly in Ngother Chudo camp, which lost all farmland. No information is available on official compensation given to the aggrieved families.

Local accounts report that local Tibetans are facing enormous challenges in freely expressing their grievances given the violent official reprisals. Addressing these legitimate grievances peacefully should be the priority of the Chinese government if it is serious about ensuring true harmony and stability in Tibet.