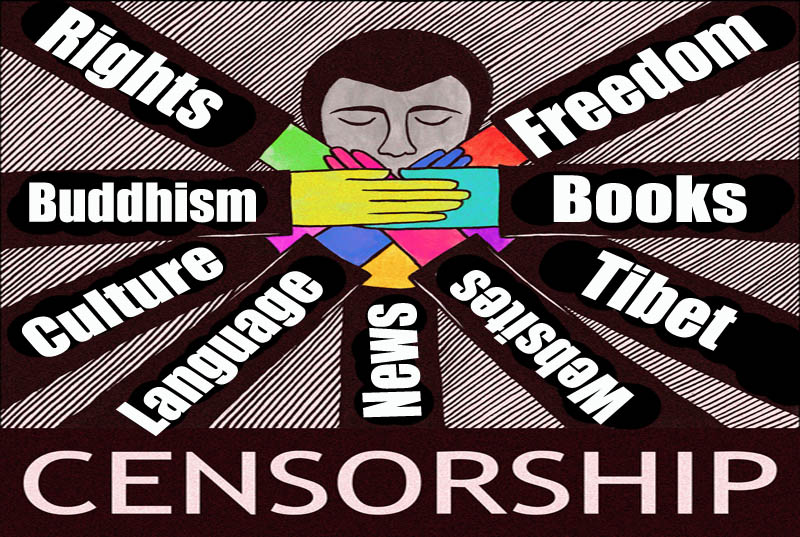 Dharamshala: - China said it will soon crackdown on over a million of Tibet related print and electronic publications and TV and radio programmes in the Himalayan region. The attempt will probably take place in Tibet (Tibet Autonomous Region) in names of "ilegall and "promotional items."

After the mass protests in all parts of Tibet, in 2008, several popular independently-run Tibetan language websites and blogs hosted in China have been shutdown by Chinese authorities. The remaining Tibetan websites and publications in Tibet again face difficulties that they are in danger of disappearing.

The mouthpiece of Chinese government has reported that the "government has vowed to intensify a crackdown on illegal publications and reactionary promotional products targeting audiences in Tibetan regions."

The crackdown will target books, newspapers, magazines, promotional pamphlets, text messages, audio and visual products, TV and radio programmes, as well as electronic publications that are deemed to be illegal or reactionary, Li Changjiang, a senior official from the National Anti-Pornography and Anti-Illegal Publications Office said.

"Sharing information and investigating cases will be part of joint prevention and control efforts among multiple provincial departments," state-run Xinhua news agency quoted him as saying at a meeting.

Li called for regional governments to take the lead in investigating such publications, and asked related departments to cooperate with the local governments.

Figures from the office show that more than 1.32 million illegal publications and promotional items have been confiscated since 2011 in southwest China's restive Tibet Autonomous Region, the report claimed.

The harsh campaign comes as various reports claimed that restrictions on displaying portraits of His Holiness the Dalai Lama had been eased in some areas of eastern Tibet, including Lhasa, the capital of Tibet.

At least 119 Tibetans have set themselves alight different parts of Tibet in protest against Chinese repressive rule since 2009. Most of the self-immolators have called for the return of His Holiness the Dalai Lama to Tibet and freedom for Tibetans.