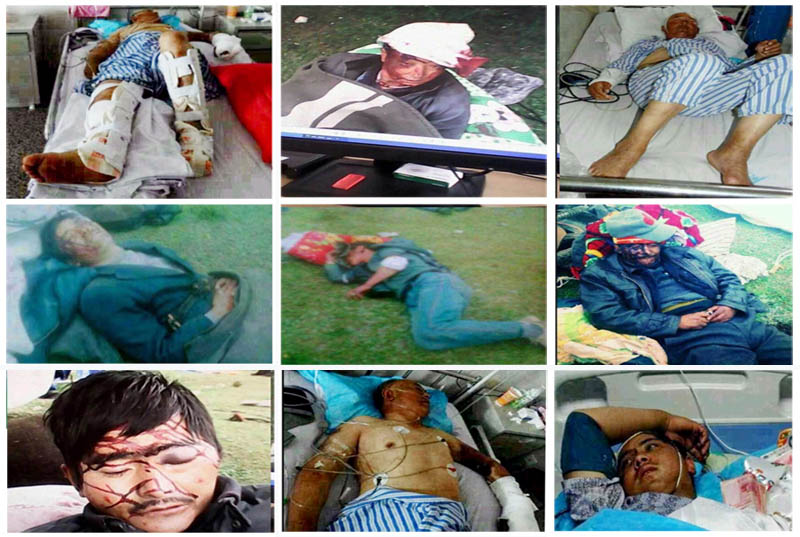 The bloodshed attack on a group of about 30 Tibetans carried out by a Han-Chinese Gang last July 17, 2013 in Arik Dragkar village in Dhola county (in Chinese, Qilian) on the border with the Chinese township of Tsomen in Minle in Ganzu province.

"There were around 30 Tibetans at the local security post at the border between Dragkar and Tsomen, when their camping tents were attacked by the Chinese gang and 17 of them were severely injured. However around 10 of them managed to escape with minor injuries," Arik Gyurmey, an executive member of Dharamshala based Tibetans Language Committee told The Tibet Post International, citing contacts in the region.

"At least 17 Tibetans were seriously wounded and at least three of them very critical after a strong Han Chinese gang from Chinese "Tsomen in Minle" county, Ganzu province have attacked a group of 30 Tibetans as they attempted to protect their land, which bordering with the Chinese county," Arik Gyurmey told Tibetan reporters during a press conference held on Saturday, July 20 at the Dharamshala regional Committee of Dhomey office.

"All of victims were reported to survive, but Rabten, Samdup and Xiao Zhang were among those in critical condition and receiving treatment at a hospital in Ganzu township. The incident is not a new incident, it has been a long running land dispute conflict between Han Chinese and Tibetans," he added.

Gyurmey said that "the Han-Chinese Gang consist of 100 members came in motor vehicles and horses and were well-armed with handmade weapons, including nail boards, hard-wood sticks and sharp stones and attacked on Tibetans while they were living in tents."

According to Arik Gyurmey "Rabten is the head of the Dragkar village, his both the hands and legs were completely broken and others with multiple wounds in both of their legs and heads." 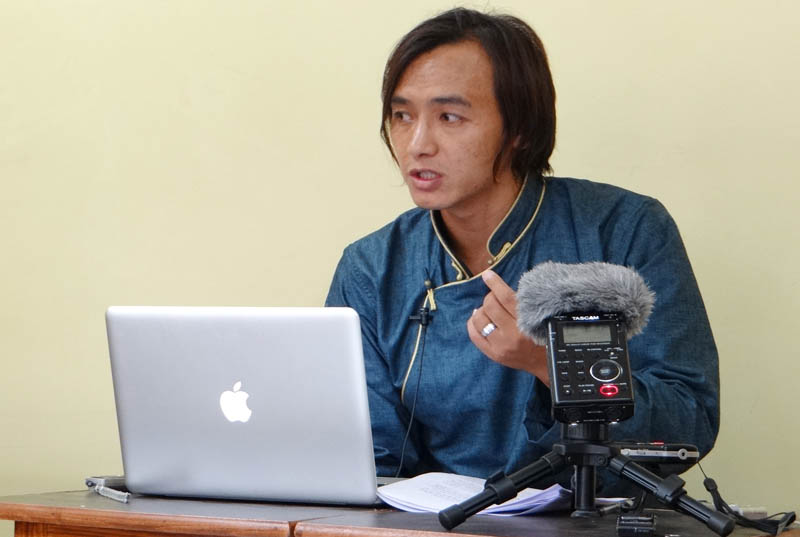 Latest photos receiving from the region show a horrific and bloodshed attack, which carried-out by the 'Barbarian Chinese Gang.

"Many were lost their lives in the long-standing clashes between Tibetans and Han-Chinese over the land dispute in the past 30-years, but the latest clash on a local Tibetan security post in the county was one of the bloodiest attacks by the Chinese side," he added.

"Several Chinese officials and police from Dhola and Minle counties later arrived at the scene and the officials have immediately promised to end and ease up the tense situation as soon as possible and fulfill the promise to protect local Tibetans."

"Arik Dragkar county is part of traditional province of Amdho in Tibet, which has been locked in a long-standing land dispute with hundreds of Tibetans families, who maintain the Han Chinese of Tsomen village have illegally try to grab their land," he further stated.

The current situation still remains tense in Dragkar County, north-eastern Tibet. Some reports tell of the possibility of clashes may recur near future, as the Han-Chinese attacks against the entire community of Tibetans in the region.