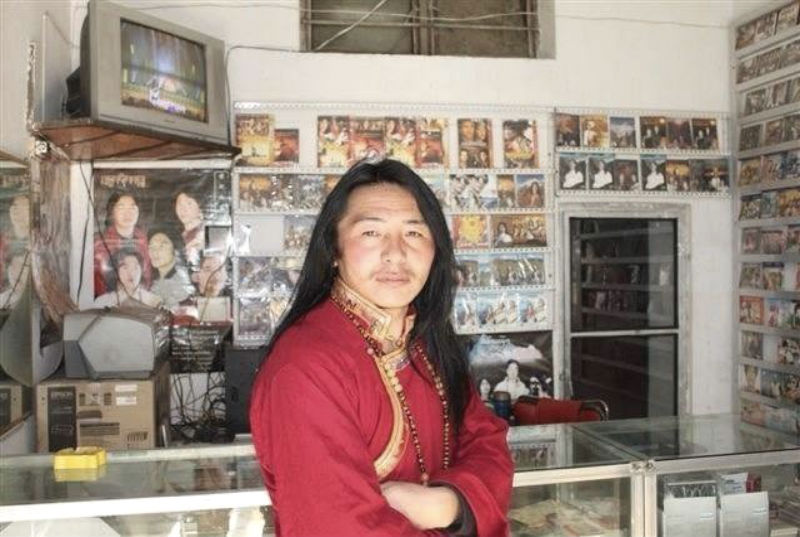 Dharamshala: Unlike other alleged corruption or criminal trials in China, a Chinese court has secretly sentenced a popular Tibetan singer to five years in prison over his songs about self-immolation protest in Tibet.

Shawo Tashi, a 40-year old Tibetan singer was reportedly sentenced to five years in prison and is subject to two and a half years of deprivation of political rights.

"The so called People's Intermediate Court in Malho (Chinese: Huangnan) sentenced Shawo Tashi to five years in prison for allegedly distributing photos of Tamdrin Tso, a young mother who self-immolated in November last year, copying her final statement on the photos, participating in a demonstration against the Chinese government rule, and singing nationality songs for Tibet ," Sonam, a Tibetan living in Switzerland told The Tibet Post International.

He is from Rebkong county (Chinese: Tongren, Qinghai province, China), Amdho region of eastern Tibet. "The Chinese authorities also accused him of for publicizing the actions of a self-immolation protester and for performing songs with banned political themes," Sonam added.

"Although precise details, including the date of his sentencing are still not available in this respect, though he is believed now to be held in a jail in Siling township (Chinese: Xining, Qinghai's provincial capital )," he further added.

"Since his arrest, the whereabouts of Tashi remained unknown to family and friends until his sentence this month. He was placed totally in incommunicado detention in police custody with the Chinese authorities releasing no information about his whereabouts or condition," Sonam told TPI.

"Tashi, a young talented singer, who has expressed his deep loyalty towards Tibet and its people through several albums. One of his songs, - 'Faraway Father,' a reference to His Holiness the Dalai Lama, became very popular among Tibetans," sources added.

According to the sources, "Tashi's sentence comes just after another Tibetan singer- Kalsang Yarphel, a 38-year old was arrested by Chinese authorities in capital Lhasa on July 14 this year, for allegedly singing a song calling on Tibetans to "unite" and to learn and speak their own language."

In June 2013, two Tibetan singers- Pema Trinley, 22, and Chakdor, 32, were secretly sentenced to 2-years in prison, over allegedly distributing politically sensitive songs. Sources said that "they were arrested by Chinese authorities in July 2012 in Machu county, Amdho region of North-eastern Tibet (Chinese: Gansu province) over a DVD that contained songs praising self-immolation protesters and His Holiness the Dalai Lama."

A total of 120 Tibetans in Tibet already set themselves ablaze in protests against the repressive Chinese government policies and rule in Tibet, with another seven setting themselves on fire in India and Nepal.