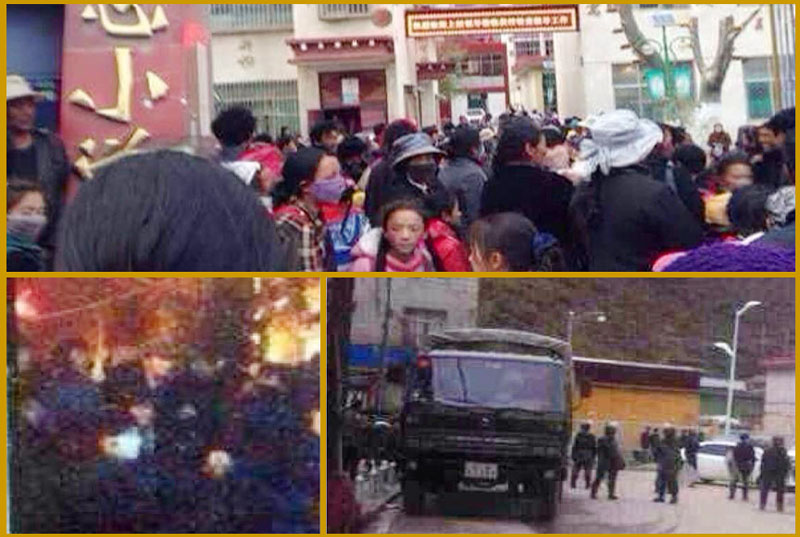 Tibet sources said that 'local Tibetans in Driru County peacefully gathered in front of the Chinese government building to demand the release of Dorjee Daktsal, a Tibetan man who had been detained for protesting an order for locals to fly the Chinese flag from their homes.'

Several Tibetans were severely injured after Chinese paramilitary forces opened fire on the large crowds. Tsering Gyaltsen, a 25-year old man who was among the crowds seriously injured, sources stated.

'The Chinese authorities have cut off all means of communication, particularly mobile phones and the Internet in the area, where the incident occurred,' Mr Konchok, a Tibetan originally from Driru County told The Tibet Post International (TPI), citing sources in the region.

Most of those Tibetans injured during the October 6 incident reportedly suffered gunshot wounds to their hands and legs, he said, adding two are in critical condition. The details of other injuries remain unknown.

Latest photos receiving from the region show heavy armed Chinese paramilitary forces and police marching in the county to warn of further crackdowns.

Sources stated that over 40 local Tibetans were detained when they protested against the recent repressive measures in a village in Driru. Since then their whereabouts and well-being also remain unknown. 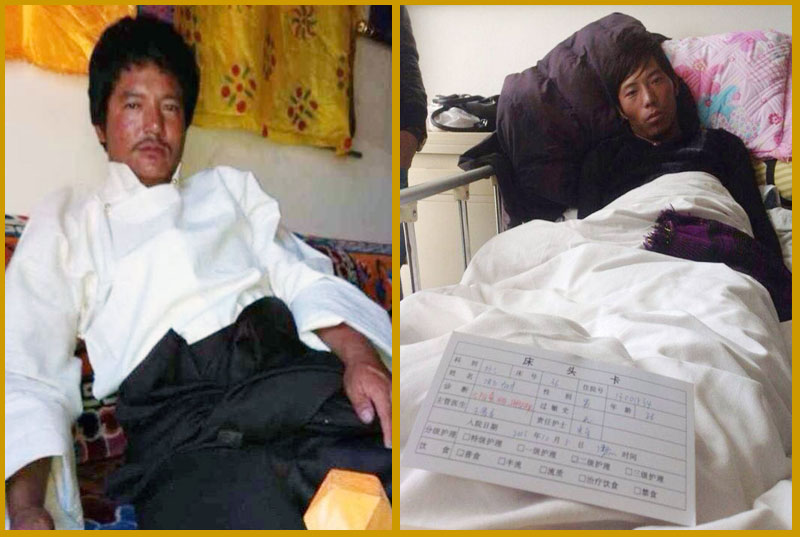 The crackdown drew strong protest from Tibetans in the four villages in Driru, where Tibetans gathered to demand the release of the arrested Tibetans.

The deadly crackdown on Driru protest followed a political indoctrination measures imposed by the TAR government in the county to commemorate its founding anniversary on October 1, 2013.

Hundreds Chinese officials and work team from TAR arrived in the area on September 10, 2013 to carry out the government orders which include forcing locals to display Chinese flags on their houses as part of an intensified effort to enforce loyalty to the Communist Party.

In Tibet today, Tibetans are being arbitrary arrested, imprisoned and tortured for merely expressing their suffering under Chinese rule.