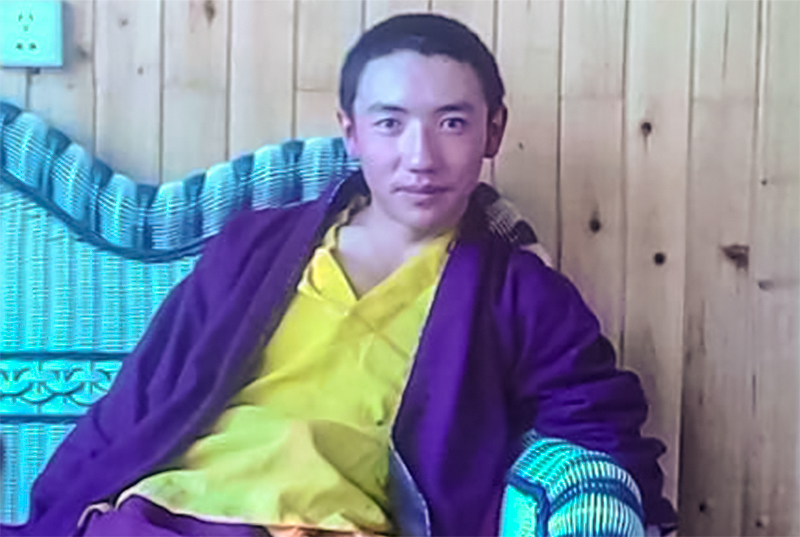 "Tsering Gyal burned himself on Monday evening, at approximately 5.40 pm locally and Chinese security forces took him to a hospital, although his condition remain unknown," Tsewang added.

The sources in exile said "the Chinese security personnel immediately arrived at the scene, quickly extinguished the flames and took him away."

"Currently, the Chinese security forces have surrounded the hospital where he is currently undergoing treatment," the source further said, citing sources in the region.

"Local Tibetans gathered to mourn and pray for him," sources added. His father's name is Sherphun Tashi and his mother's name is Rindon. Tsering died on the same day from severe burn injuries.

The burning protest by Tsering brought to 122, the verified number of self-immolations since the wave of burnings began in 2009 in protest against Chinese repressive rule and of them 105 were reportedly passed-away from their severe burn injuries.

In a letter left by Tsering, he said, “Today, I burned myself for the re-union of Tibetans. My only hope is the unity among Tibetans and the preservation of the Tibetan language and tradition. If we do that, all the Tibetans will be re-united, these are my final expectation and hope.”

The self-immolation incident happened as a four-day Third Plenary Session of the 18th CPC Central Committee, which is currently being held in Beijing from November 9th to November 12th.

Shichung, a 41-year old Tibetan man died on September 28 this year, after setting himself ablaze. Prior to the self-immolation, Shichung has offered a lighted butter lamp in front of a portrait of His Holiness the Dalai Lama.

The Central Tibetan Administration based in Dharamshala, Indian has repeatedly urged Tibetans in Tibet to refrain from resorting to drastic actions such as self-immolation. The Beijing officials however subsequently accused exile Tibetans of inciting the self-immolation protests.