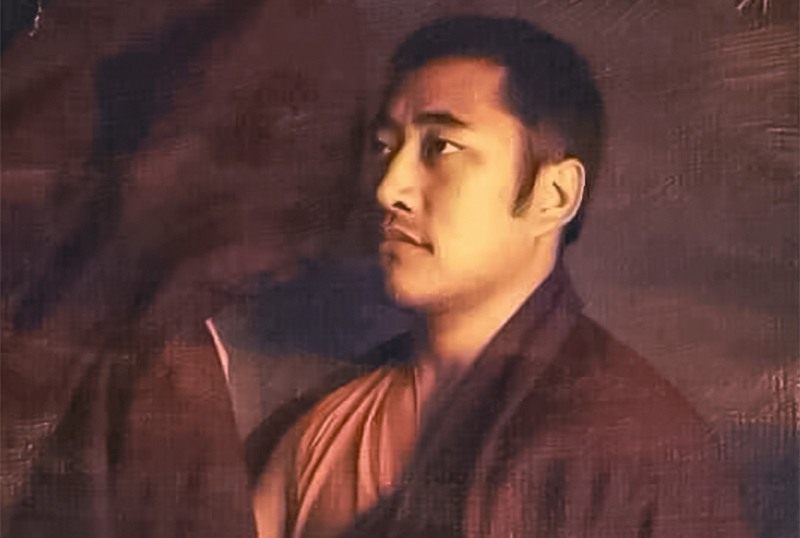 Dharamshala: - Sources coming out of Tibet said that a Chinese court in Ngaba County (Chinese: Aba, China's Sichuan province), Amdho region of north-eastern Tibet has sentenced a Tibetan monk to four years and six months in prison on charges of his alleged role in leading traditional funeral prayer services self-immolator and spread the message about Tibetan independence to split the nation.

"On October 29, an Intermediate People's Court in Ngaba County has sentenced Shal-ngo Hortsang Tamdrin, a Tibetan monk to four years and six months in jail and deprived of his political rights for two years for allegedly leading a public prayers in Zamthang for the self-immolator and allegedly praising the uniting among the Tibetans in the traditional provinces of Tibet and accused of spread the message about Tibetan independence to split the nation," a Tibetan living in exile, told The Tibet Post International.

The sources stated that "Tamdrin was arrested by Chinese authorities on April 24, 2013 during an annual festival gathering at the Tsangpa Monastery in Zamthang. Since his arrest, the monastery was put under heavy surveillance by Chinese authorities and security forces were also deployed in large numbers in the area."

"The Tsangpa Monastery is one of the largest Buddhist center in the area, having about two thousand monks," source added.

Tsangwa Monastery was established by Lodro Namgyal, one of Taranatha's heart disciples. In 1658, the year that Taranatha's Takten Damcho Ling was officially converted in U-Tsang, Lodro Namgyal bestowed the full Kalachakra empowerment at this site during its inauguration ceremony.

"Recent attempts by the Chinese authorities to force the monks to stop some ongoing constructions of the monastery. They also ordered that some of newly built houses must be demolished," it said.

The sources also said that "Local Tibetans say local authorities suspect him for contacting the outside. However, his health condition and the charges for his sentence still remain a mystery and unclear."

There have now been a verified total of 122 Tibetans living under the communist regime who have set themselves on fire and of them 104 were reportedly passed-away from their severe burn injuries, marking one of the biggest waves of political self-immolation protests in recent history.

In 2013 alone, 24 Tibetans set themselves on fire to protest against China to end its government's hardline policies against Tibet and the Tibetan people. They have called for the return of the spiritual leader of Tibet, His Holiness the Dalai Lama, to Tibet and freedom for Tibetans.