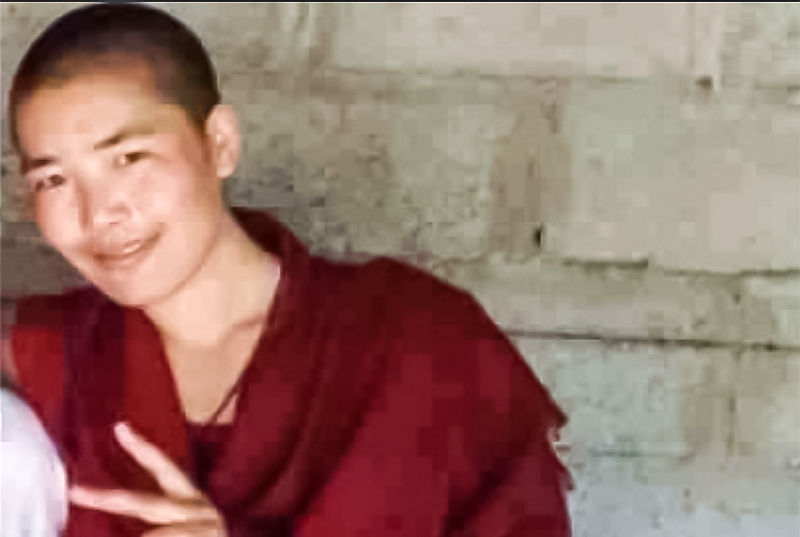 Dharamshala: - Emerging reports coming out of Tibet say, A Tibetan nun set herself on fire on Saturday, 29 March, 2014 in protest against the Chinese political oppression in Tibet and China's hard-line policies toward Tibetan people.

"The nun was identified as Dolma, aged about 31 from Chisung village in Bathang County. She is survived by her father Nyima, and her family members include three high-ranking monks," sources said, speaking on condition of anonymity.

The Buddhist nun was severely burnt when she was taken away, the sources quoted eyewitnesses as saying.

'The incident occurred around 3:00 pm. The Tibetans who were at the scene put out the fires," sources said, adding that she 'suffered many severe burns and immediately sent her to a hospital in the Tibetan county.'

"It was not still unknown if she survived," it said, adding "her current condition and whereabouts are also not known."

Another sources sugests that the nun was from Lingkashipa township located between Lithang and Bathang county, while some said she is a nun of Bachoede Monastery," Kalsang Gyaltsen added.

According to the sources, she had previously been on retreat for several months at the small Ritoe Kagor monastery which is situated near Ba Choede Monastery. Chinese police rushed to Ba Choede Monastery immediately after the incident and imposed heavy restrictions in the region.

Chinese authorities have also blocked all communication systems in the area to prevent the news from spreading.

Bachoede Monastery, was a home to many famous and influential figures in Tibetan Buddhism and freedom struggle. It is renowned for its resistance to Chinese Communist rule, but this is the first self-immolation to occur there.