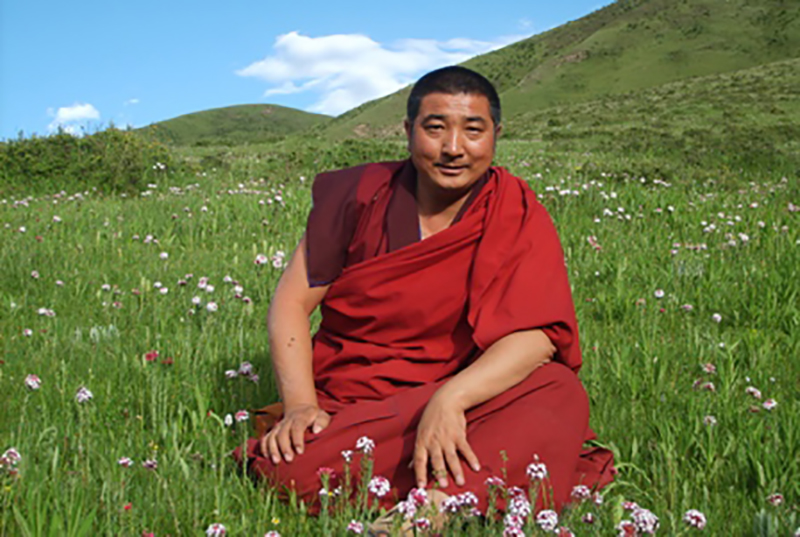 Dharamshala: - Chinese authorities have sentenced a senior Tibetan monk from Labrang Monastery to five years imprisonment on charges of "inciting activities to split the nation."

"Jigme Guri (also known as Jigme Gyatso) a senior monk at Labrang monastery in Amdo (Ch: Gansu Province) who was arrested four times for his resistance against the repressive policies of the Chinese government, has been sentenced to five years imprisonment by a Chinese court in Gansu Province," Ven Golog Jigme, who has been named an “Information Hero” by Reporters Without Borders, told the Tibet Post International on Monday.

"People talked a lot about him and his condition when I was in Tibet. But a Chinese court in Lánzhu city of Gansu Province announced on 5 September that it had sentenced the Tibetan scholar to 5 years in prison on charges of "inciting activities to split the nation," he added.

'Chinese authorities kept him in an unknown jail for years and his health condition is reportedly serious. Unfortunately, after a lot of effort, the present location and condition of the Tibetan monk is still unknown,' the sources said.

Jigme Guri was arrested by Chinese officials in Tsoe city, Gansu province on 20 August 2011. This was the fourth time he had been seized and detained, the first being in 2006 after traveling to India for Kalachakra initiations given by His Holiness the Dalai Lama.

The second arrest was made on 3 September 2008. After spending almost two months in hiding, on 4 November 2008 a huge number of Chinese police in several military trucks arrested him from a Tibetan home. However, he was released on 3 May 2009.

In his video statement Jigme Guri bravely gave details about the extreme torture and mistreatment he experienced during his first detention as well as his views on China's devastating policies in Tibet and a possible resolution.

Jigme Guri came into prominence and was hailed a hero by the Tibetans all over the world. The 22-minute video testimony about the situation inside Tibet was widely circulated over social media networks.

"Tibetan people are undergoing all kinds of suffering. For me personally, I am a Buddhist monk at Labrang monastery. I was one of those arrested this year. I said this to the face of my captors: if you kill me, then that will be the end of it. But if I am able to go outside and get the opportunity, I will talk about the torture I went through; I will tell the people of the world as a truthful witness, about the sufferings undergone by friends and report these to the media," he said on the video.

Since 2011 there has been no news about his whereabouts and the reason for his arrest is not known. The UN's Office of the High Commissioner for Human Rights (OHCHR) in Geneva has also been alerted about Jigme's arbitrary detention and disappearance.

Jigme, a 48 year old monk was born into a farmers family in Lhutang Village, Juicha Township, Sangchu County County, Kanlho of Amdho Province, north-eastern Tibet. He was a former head of the Labrang Monastery's vocational training centre and also worked as a Vice-Chairman of the Democratic Management Committee of the monastery.