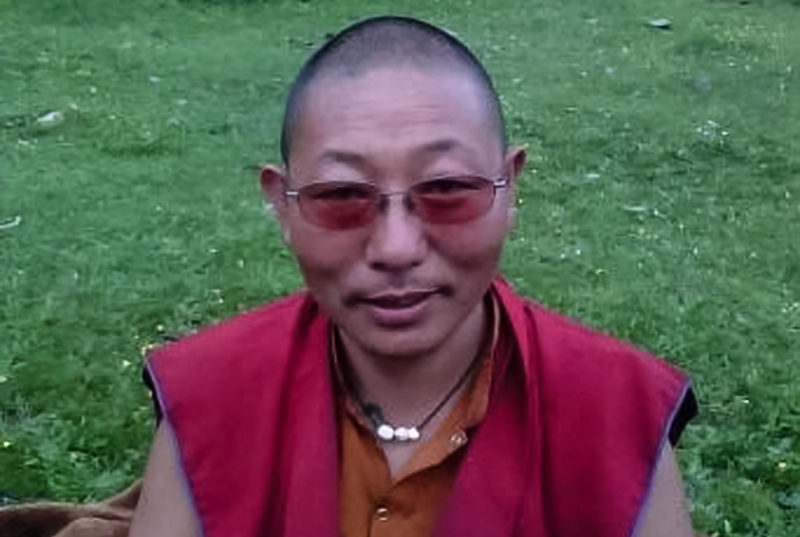 Dharamshala: - A senior Tibetan Buddhist monk has been sentenced to 12 years' imprisonment on charges of "contacting outsiders" and for "inciting others" to protest against Chinese repressive policies in Tibet.

"Tsanyang Gyatso was sentenced recently after being held in a detention center in Sog County in eastern Tibet for more than six months and exact charges are unknown", Dorjee, a Tibetan man living in exile with contacts in the county told The Tibet Post International (TPI) on Monday.

"Gyatso, a senior Buddhist monk from the Drilda monastery was arrested on 17 March this year along with three others on unknown charges, while two others were allegedly seized in connection with painting of independence slogans and mailing of "anti-China" writings to local officials in Sog county in eastern Tibet," sources said.

Sources said that "Ven Gyatso has reportedly sent a letter to his family how his life is now in the Chinese prison and he also mentioned about his prison sentence."

"The three monks have been identified as; Tsewang, Atse, and Gyaltsen," sources said, adding: "their details, including age, current condition and whereabouts are still unknown."

It is also unknown whether or not the Chinese authorities sentenced his fellow colleagues. According to an earlier report by TPI, 'two monks from another Sog county monastery were allegedly seized by the Chinese police for painting slogans and spreading writings calling for Tibet's independence from Chinese rule.'

On March 14, Gendun Dakpa, a monk of Tsandan Monastery was detained "for burning the Chinese flag and writing 'Tibet is Independent' on the door of Chinese officials stationed at the monastery. He is about 20 years old from Yang-nge village in Sog county's Yaklu township," sources further added.

Two days later, Choeying Kalden, 20 and also from Tsandan, was detained for "sending anti-China writings to the head officials of the Chinese work team stationed at the monastery." It was said that the writings were also copied to some of Kalden's friends among the monks.

Kalden still being held at an unknown location, and no word has been received concerning his current condition. "After their arrests, the monks of Sog Tsandan Monastery were called to the police station each day to be interrogated," sources added.

On 6 March, Chinese authorities in the county arrested five Tibetans, including two Buddhist monks for their role in allegedly "spreading out photographs and information dealing with the political situation in Tibet."

Sources have stated previously that "on 10 March, over 20 Chinese military convoys with more than 80 security forces have deployed in the county, sources."

Several areas in the region said to be increasingly reeling under a tense situation amid unusual intensification of state surveillance measures, as paramilitary forces and police presence is reported to have significantly increased recent months.

Tibetans face lengthy jail sentences, arbitrary arrests and severe torture for sharing information about the current situation in the county and surrounding areas, where a widespread, systematic crackdown took place after "refusing to display the Chinese national flag" from their traditonal homes.