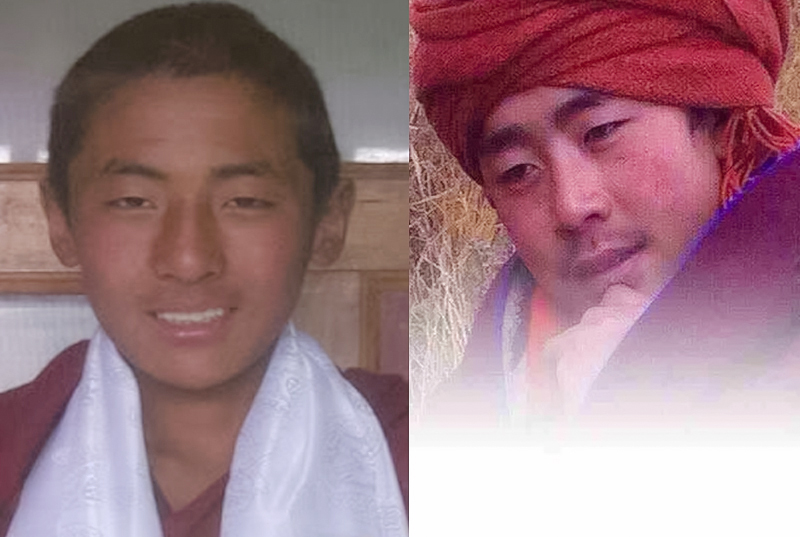 Dharamshala:- Two monks from the Kirti monastery had been sentenced to up to three years for "separatist activities against the motherland" after they were arrested in April, earlier this year in Ngaba County, north-eastern Tibet.

“Lobsang Tenpa, a 19 year old monk of Ngaba Kirti monastery, draped with a hand-drawn Tibetan national flag around his head and carried a large portrait of His Holiness the Dalai Lama. He walked along the main street of Ngaba leading to the County administration shouting slogans calling for repeal of China’s repressive policies in Tibet,” Lobsang Yeshi and Kanyak Tsering said to the Tibet Post International, the liaison officer from Kirti monastery in Dharamshala.

He was arrested soon after the protest and taken into custody by the Chinese authorities and sentenced to two years by the Barkham Intermediate People’s Court on 7 November for “separatist activities against the motherland”.

“He suffered immense torture while he was in the custody,” they said.

Although the members of his family were allowed to attend the court proceeding but was denied legal aid to plead his case.

Another monk from Kirti monastery, Lobsang Gyatso, 20, was also sentenced on Novemver 7 for three years by the Barkham County Intermediate People's Court.

The representative from their monastery in Dharamshala said: “He carried a self-drawn Tibetan flag and walked the street of Ngaba calling for ‘freedom for Tibetans’ and the ‘return of His Holiness the Dalai Lama.”

He was arrensted on April 25, earlier this year from his Monastery in Ngaba, north-eastern Tibet.

Since March 2011, more than 125 people are known to have set themselves on fire inside Tibet in protest against the repressive Chinese occupation of Tibet; over 85 in 2012, with 28 in the month of November 2012 alone. At least 113 of these protesters are known to have died. Those who have self-immolated called for freedom for Tibet and the return of His Holiness the Dalai Lama.
The monastery has been under strict Chinese surveillance in the last couple of years after monks repeatedly set themselves on fire protesting against the hard-line policies pursued by Chinese government.

Tibetan monks and nuns have been subjected to harsh ‘patriotic re-education’ programmes. Tibetan students have been sentenced to harsh prison terms for advocating for the right to use their language, and the friends and families of Tibetans who have self-immolated have been detained and interrogated.