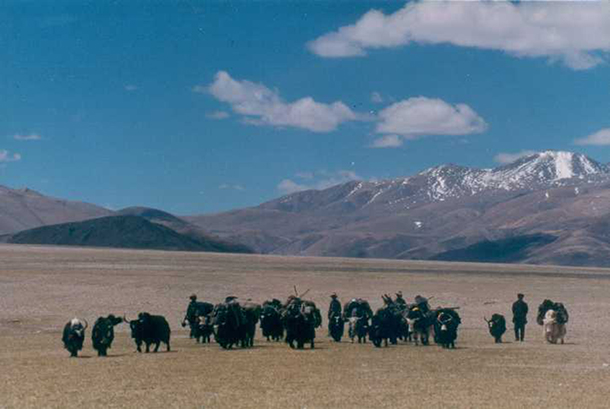 London: - Free Tibet, a London based advocacy group, reports that Tibetan nomads are being forced off the land and moved into urban settlements leaving them to face poverty, unemployment and social exclusion.

Since the early 1990s China's policy - known as 'tuimu huancao' – has been responsible for the resettlement of more than one million Tibetan farmers. Most have lived off the land for generations but are now forced into barrack-like urban settlements. China's goal is to have all nomads in Tibet moved from their land by the end of 2014.

As justification for the policy, China claims that grasslands must be protected from overgrazing. However, Free Tibet said independent experts have shown that China's policies are scientifically unsound. Traditional Tibetan farming techniques have protected the grasslands for hundreds of years.

Poor education amongst the nomads has meant that many had been unable to give informed consent and are persuaded to give up their land rights through threats and bribery.

Once moved into an urban setting, nomads rarely have the skills or education to make a living. Many have to struggle with being forced to pay three-quarters or more of the cost of their new, lower quality housing, leaving them in debt and unable to feed their family or livestock.

Tibet is rich in natural resources, including gold, copper and water and clearing the land of nomads leaves it open for exploitation by Chinese companies. As Chinese modernisation has spread across Tibet, mining companies and damming operations have replaced farming in many areas.

Tibetans have objected to Chinese exploitation of the resources and highlighted potential environmental destruction. In August, Free Tibet reported that members of the community gathered to protest a mining project and erected large posters at the entrance to the site depicting Chinese President Xi Jinping and quoting a speech in which he talked of the importance to future generations of protecting the environment.

The Paramilitary Armed Police violently broke up demonstrations after three days of peaceful protest by firing tear gas into the crowd and beating them with electric prods.

An unknown number of protesters were arrested and the local community and protest leader Kaitsa Soldor has been missing since the incident. Free Tibet said another protester, Sogpo Choedup, 27, attempted suicide in protest and was taken away by security forces and hospitalised.

Many of these issues were raised in the past by Free Tibet. In a report presented at the UN Human Rights Council on 6 March 2012, the United Nations' Special Rapporteur for Food returned from a visit to China and made several recommendations to the Chinese government, including calling on them to:

"Suspend the non-voluntary resettlement of nomadic herders from their traditional lands and the non-voluntary relocation or rehousing programmes of other rural residents, in order to allow for meaningful consultations to take place with the affected communities, permitting parties to examine all available options, including recent strategies of sustainable management of marginal pastures."