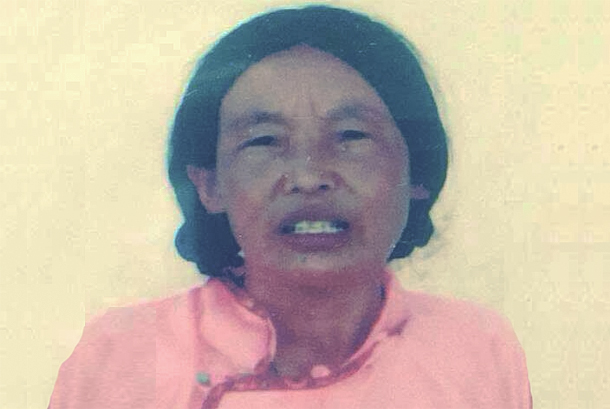 Dharamshala - A Tibetan woman died on Thursday after setting herself on fire, protesting against the Chinese government's repressive policies in Tibet.

Sources described her as a resident of Dhowa village, Trotsik Yultso town in Ngaba County and her husband's name is Paltsal.

"She participated in the annual prayer of the Ngayul Dephu Monastery and presented her with an award after making vows not to eat meat her whole life for long life of His Holiness the Dalai Lama," the sources added.

This latest brought the total verified number of self-immolations in Tibet to 136 since February, 2009 and and of them 117 were reportedly passed-away due to their severe injuries.

"Local Tibetans cremated her body on Friday monring as they feared the Chinese authorities would forcibly take her body away" - frequently the authorities cremate the bodies of self-immolators, against the wishes of the family, Ven Tsering added.

The Chinese government has blamed "outside forces" for the self-immolations, particularly His Holiness the Dalai Lama and the Central Tibetan Administration- regarded by China as a subversive.

Those include restrictions on Buddhist religious practices, educational policies that promote the Mandarin language over Tibetan, and official efforts to ostracize His Holiness the Dalai Lama.

China says Tibet has always been part of its territory, but Tibetans say Tibet was virtually independent for centuries until Chinese troops invaded in the 1950s.

The situation in Ngaba remains tense as authorities cordoned off many areas recently and put restrictions on Tibetans' movement and communication lines.