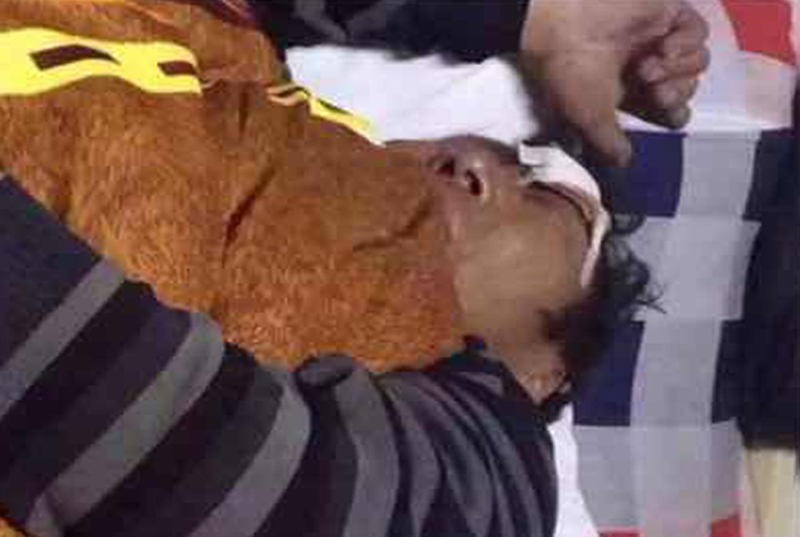 In Driru County (Ch: Biru), Kham region of eastern Tibet, on May 7, 2015 at 11pm, as Namgyal Tenzin and Petse were walking on the road, two people allegedly approached and beat them both severely before either of them could ask who they were or what they wanted.

Namgyal Tenzin is 53 years old and Petse has a mental illness. After the incident the families suspected that police officers were responsible for the random violence.

A monk from Sera Monastery, named Yarpel, informed the Tibet Post International of the incident, through his local contacts in Driru County. Yarphel said, "On May 7th, 2015, at 11pm, Namgyal Tenzin and Petse, who suffers from mental illness, were beaten by two unidentified people.

"This morning, Tenzin went to Nagchu Hospital where the doctor found his upper back bone had been broken, severe injuries to his kidney causing blood in his urine. Urgently he was transported to a hospital in Lhasa," he said, also speaking on condition of anonymity.

"Tenzin's daughter and her husband went to the police station and asked pointedly if police were allowed to beat people on the street without reason," he added.

The police later said that Tenzin and Petse had called officers 'Chinese dogs,' and challenged the officers. They claimed that this is why police had beaten the two men."