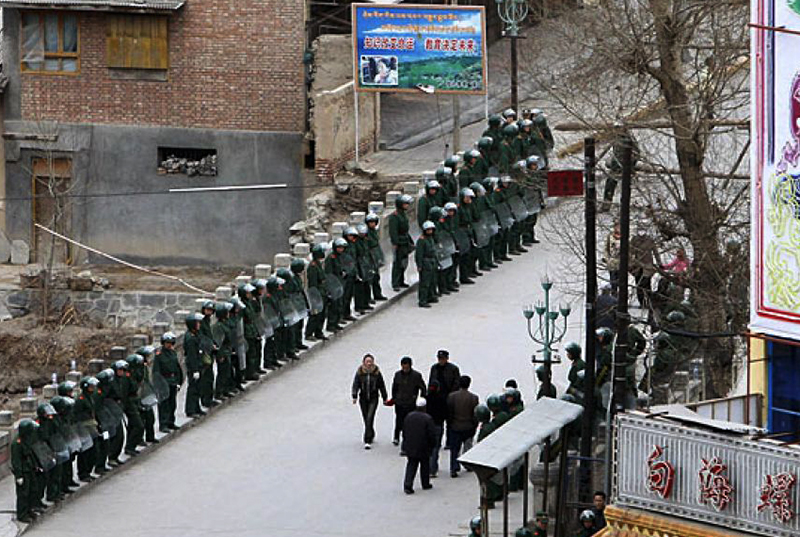 Dharamshala — Emerging reports of police crackdown in the Sangchu district of Amdo region of north-eastern Tibet are coming from local sources. Chinese authorities have taken particular interest in the monks of Labrang Monastery.

"While each monk can keep only one mobile phone, allegedly the police have begun using this as a means to spy and keep tabs on the monks, their conversations and their whereabouts," Golok Jigme told the Tibet Post International.

"Throughout Tibet, Chinese authorities have checkpoints and security barriers controlling who can pass into certain regions," he said, adding: "However the security of Labrang Monastery is heightened more so, as monks can no longer receive packages or post without it first being opened and screened by police."

Before 1989, Chinese practiced similar practices with Sera and Drepung Monasteries in Lhasa, the capital of Tibet. Now they are beginning to crack down on Labrang Monastery.

One local source, who chooses to remain anonymous, claimed that, "this has created big problems for the monks of Labrang monastery. Students from all parts of Tibet come to study in Labrang monastery, but police have begun expelling many monks from the monastery, denying them lodging."

Additionally, many middle school and high school students previously came to the monastery during their holidays to study music, Buddhism and other supplementary subjects. This is now prohibited by Chinese authorities.

Locals have reported that they usually use modern technology, cell phones, email etc. to access international news, however Chinese authorities have begun tracking the online activity of locals, recording information being shared and screening for 'propaganda.'

Chinese have allegedly begun the surveillance of locals and monks through CCTV cameras, through phone messages and calls, creating severe problems for the locals.

Another local source stated that "police have randomly arrested many locals, beaten them severely, interrogated us and then warned them to never speak of the arrest, or next time will be worse."