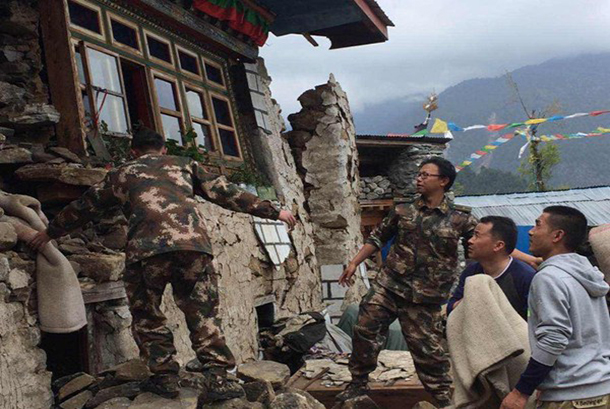 Dharamshala — One woman was killed and two other people were injured in Tibet as it's neighbouring Nepal was jolted by another 7.3-magnitude earthquake on Tuesday (May 12) afternoon.

The three were all in a car which was battered by falling rocks in the township of Kyirong bordering Nepal when the quake struck at 3.05 p.m. (local time), Chinese run media "Xinhua news agency" reported.

The report said, the Tibetan woman has been identified as Choedon.

'According to Karma Tenzin, an officer with the border inspection station, Choedon was a local resident,' report said, adding: "The two injured people have been taken to a safe place for medical treatment."

Since its devastating 7.9-magnitude quake on April 25, Nepal has been rocked by numerous aftershocks. This is the second tremor so far measuring above 7.

Tibet included the south-central city Shigatse and the western town of Ngari County. Some 47,500 people were made homeless and 300,000 in total were affected, according to Xinhua report.