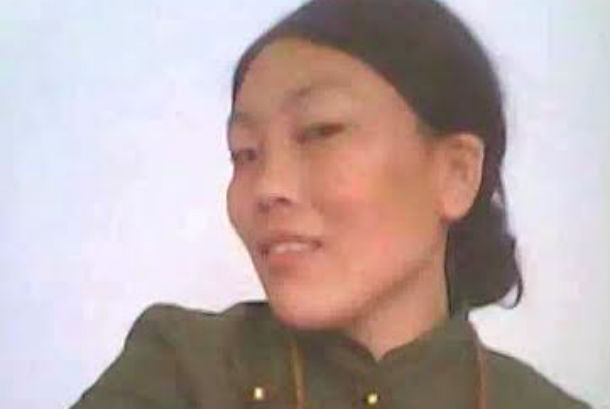 Dharamshala — A Tibetan mother of two from Chone County, Amdo, Tibet reportedly died after setting herself ablaze in protest against China's repressive policies, on May 27 ,2015, sources said.

Sangye Tso ,36, self-immolated on Wednesday, around 4am, in front of a Chinese government building located within the compound of Choparshing Tashi Chokorling monastery in Chone county in Kanlho, Amdo, north-eastern Tibet (Ch: Gansu province), sources said, speaking on condition of anonymity.

The government building and monastery was surrounded and occupied by Chinese authorities, including police and security forces. Her body was moved to Tsoe city by the Chinese authorities and meanwhile several police and officials also arrived her house and to investigate on the incident."

Sources said she has self-immolated in front of the government office in response to the government's security crackdown on peaceful protesters and torturing and harassing Tibetans.

Sangye Tso was born in Meru Sebpa village in Chone county, Kanlho. She is survived by her husband Tamding Wangyal and her two children: son Tsering Dhondup and daughter Khatso.

"The monastery has been under intense pressure including arrests of monks and applying fines for having peaceful protests," sources said, adding "The large buildings that house security and propaganda workers had been actually built inside the monastery's walled compound to watch activities of monks."

This incident brought the total verified number of self-immolations in Tibet to 140 since February, 2009 and and of them 120 were reportedly passed-away while the status of the rest remains unknown or critically injured.

Thousands of Tibetans gathered at the main Tibetan temple in Dharamshala, on Wednesday to pray for Tibetan self-immolaters, including Tenzin Gyatso and Sangye Tso, both of whom had passed away this month.