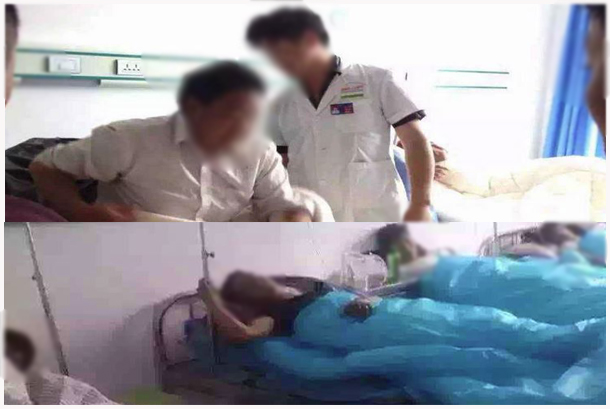 Dharamshala — Several Tibetans were severely beaten by Chinese police after showing an expression of sad or unhappy on their faces during the official celebration in Nangchen County, Kham Yushul in eastern Tibet.

Tibetans were ordered to perform in expensive costumes made from animal pelts and furs to show "economic prosperity" during the event preparations took place between 1 to 3 August.

"As the celebration was ongoing on August 3, fully armed Chinese authorities carrying guns and electric batons, threatened several local Tibetans who were participating in the event," sources said, adding that "the Tibetans gradually returned to their homes fearing a severe crackdown."

After the event took place, sources said "the Chinese police barged into tents without cause and without a warrant, started beating them with electric batons and over 30 Tibetans were severely injured."

"Several Tibetans were hospitalised on August 4, after they were severely assaulted by the Chinese authorities," he said.

Sources stated that "local Tibetans were accused of carrying sad or unhappy expressions on their faces during the celebration. The injured were taken to a hospital in the county and those with severe injuries were shifted to Silling City."

Animal pelts and furs were used in traditional Tibetan attires in the past. But, the practice almost completely stopped in Tibet, in support of a comment made by His Holiness the Dalai Lama during the 2006 Kalachakra initiation.

This directive was sparked off by a rash of fur-burning across Tibet despite Chinese efforts. The officials soon declared fur-burning illegal and even began to force Tibetans to wear animal furs in public.