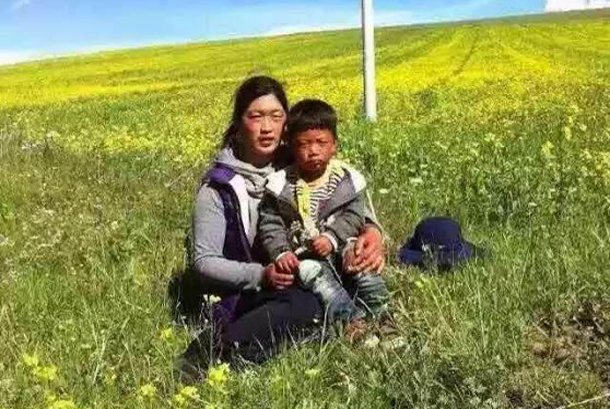 Dharamshala — Source coming out of Tibet says a young Tibetan mother had disappeared in Ngaba County of north-eastern Tibet after staging a protest calling for "freedom in Tibet" and "return of His Holiness the Dalai Lama to Tibet".

Wokar Kyi, approximately a 23-year-old Tibetan mother was arrested and disappeared after staging a protest against Chinese rule," Ven Kanyak Tsering, a monk from India based Kirti Monastery with close contacts in the Tibetan region told the Tibet Post International.

"She raised slogans calling for "freedom in Tibet" and "return of His Holiness the Dalai Lama to Tibet," Ven Tsering said.

"Wokar Kyi took to the Meruma township of Ngaba County, protesting against the Chinese government, around 3:00 pm on August 17," Ven Tsering said, speaking on condition of anonymity.

Ven Tsering added that "Chinese authorities arrived at the scene within minutes and arrested her. The current condition and whereabouts of Wokar Kyi remain unknown."

"Wokar Kyi grew up with her nomad parents," the source said, adding that "she never attended formal schooling.

She hailed from 1st village of Meruma in Ngaba County and her father's name is Kunpo and mother's Khakpa. Her husband's name is Tashi and they have an four year-old son.

On July 15, Wangmo, a 22-year-old Tibetan girl from Meruma in Ngaba County was for staging a lone protest against the repressive policies of the Chinese government on 15 July.

"Wangmo was released recently after several days' detention. She returned home and was given a hero's welcome on arrival," the source said.

On December 29, 2014, Soepa, 21-year-old Tibetan writer and blogger, was arrested from a bus on his way from Meruma township to Ngaba County. Sources said though the exact reasons for Soepa's arrest is not clear, local Tibetans say it might be linked to the various articles and essays published on his blog.

Hundreds of Tibetans, including writers, bloggers, singers and environmentalists, have been detained or are imprisoned, after attempting to express their views or share news of the situation in Tibet with the outside world, and provides further evidence of a widespread crackdown against free expression in Tibet.