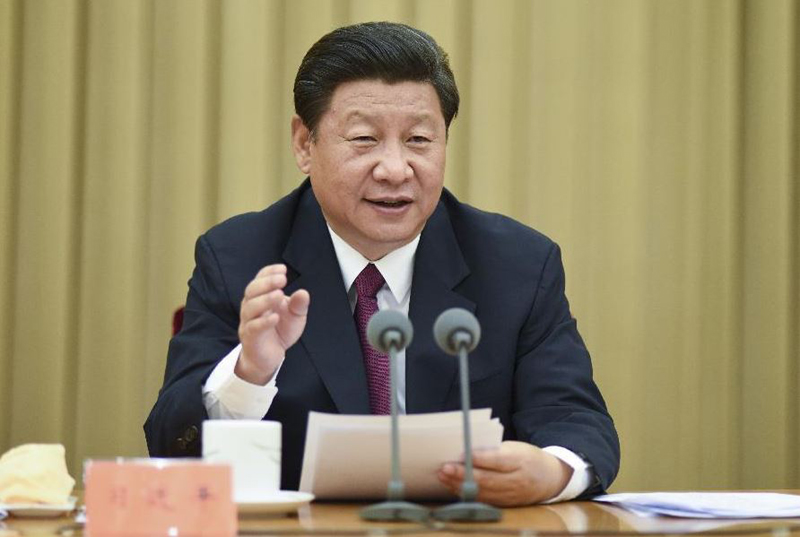 Tibet and Tibetan-inhabited areas in four other provinces have entered "a critical stage" toward fulfilling the country's goal of building a moderately prosperous society in a comprehensive way, Xi said at a two-day meeting on Tibet's future development, which ended on August 25, the report said. Below is an article published by China's State-run media agencies.

Special financial, tax and investment policies should continue to be in place in the future in southwest China's Tibet autonomous region and Tibetan-inhabited areas in Sichuan, Yunnan, Gansu and Qinghai provinces, he added.

Development, which aims to improve living conditions for various ethnic groups and beef up social cohesion, should be advanced in a prudent and steady manner, and all measures taken should be sustainable, Xi said.

"More active employment policies should be carried out to help residents of all ethnic groups to walk out of their farms and pastors to work in towns and companies and start businesses," he said.

Meanwhile, Xi said, efforts should also be made to incorporate education on "socialist core values" into courses in schools at various levels, popularize the national commonly-used language and script, and strive to foster "Party-loving and patriotic builders and successors of the socialist cause."

Xi said the country should "firmly take the initiative" in the fight against separatism, vowing to crack down on all activities seeking to separate the country and destroy social stability.

He called for a comprehensive and accurate implementation of the Party's policies concerning ethnic and religious affairs as well as efforts to increase a sense of identity for people from various ethnic groups with "the motherland, Chinese nationality, Chinese culture, the CPC and socialism with Chinese characteristics."

According to the report Xi urged the promotion of Marxist values in people's views on ethnics, religion and culture.

Xi said that authorities must draft long-term plans and rely on local officials and ordinary people to ensure persistent stability for Tibet and neighboring provinces, which are home to many people of Tibetan and other ethnic minorities, including Qinghai, Sichuan, Yunnan and Gansu.

He urged officials in the region to keep pace with the CPC Central Committee in their thoughts and deeds, telling them to "cherish unity as if it was their eyes."

"We should help people of various ethnic groups understand, support, appreciate and study from each other," Xi said, calling for more educational campaigns to promote ethnic unity and a sense of belonging to the same Chinese nationality.

Xi also said that efforts should be made to promote patriotism among the Tibetan Buddhist circle and effectively manage monasteries in the long run, encouraging interpretations of religious doctrines "that are compatible with a socialist society."

Addressing the same meeting, Premier Li Keqiang said that it is an arduous task for Tibet to build a "moderately prosperous" society over the next five years, together with other parts of the country.

The government should give top priority to improving people's livelihood, alleviating poverty and increasing employment among Tibetans, he noted, urging more efforts to boost education, medical care and social security in the region.

It is key for Tibet to sharpen its self-development capability through promoting its specialty industries, infrastructure construction, and environmental protection, said the premier.

"Efforts should be given to the development of agriculture and animal husbandry and related processing business, making Tibet an important tourism destination in the world, and promoting commerce and trade with South Asia to boost the Tibetan economy," he added.

Moreover, the building of local infrastructure should be sped up, including transportation networks, water conservation projects, power grids, among others, Li noted.

The Premier also pledged to increase financial aid and preferential policies to the ethnic minority area.

Yu Zhengsheng, chairman of the National Committee of the Chinese People's Political Consultative Conference, asked attendees to learn from the spirit of the meeting and work out effective measures to boost the development of Tibet.

Other members of the Standing Committee of the Political Bureau of the CPC Central Committee Zhang Dejiang, Liu Yunshan, Wang Qishan and Zhang Gaoli, also attended the meeting.