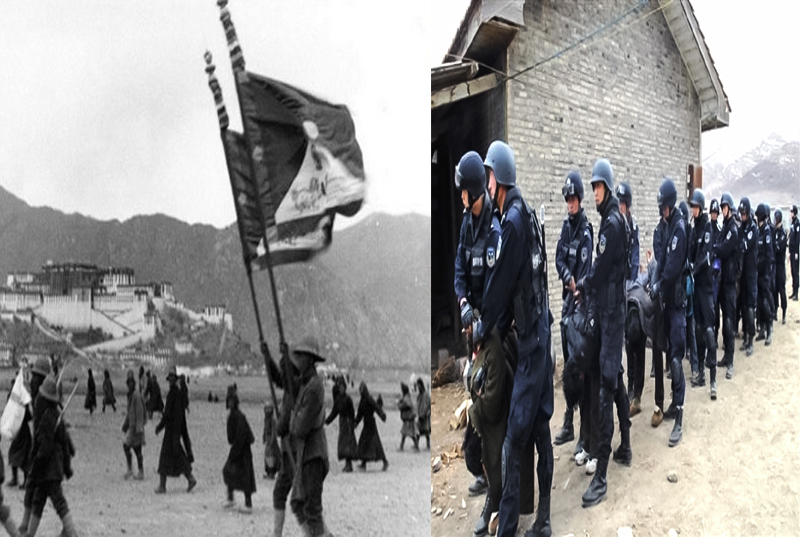 Dharamshala — 'We must severely punish those party members and cadres who don't share the same mind with the communist party,' said Chen Quanguo, Beijing-appointed Chinese party chief in the so called Tibet Autonomous Region (TAR).

"We must severely punish those party members and cadres who don't have firm beliefs and ideals, who don't share the same mind with the party and the people, who have 'two faces' when it comes to the important question of what's right and wrong," Mr Chen said, according to the transcript of the question-and-answer session that was published by the party's central anti-corruption and discipline agency, on Monday.

Mr Chen said it was important to go after party members who "pretend not to be religious but indeed are" and those who "follow the clique of the 14th Dalai Lama." He emphasized that party investigators should seek out members who have gone to India, where the Dalai Lama lives, to "worship" him or ones who send their children or other relatives to schools run by him.

China routinely denounces the spiritual leader of Tibet, saying he is "plotting towards Tibetan independence" even though he even openly and repeatedly declared he seeks merely a "genuine autonomy for all Tibetans living in the three traditional provinces of Tibet within the constitutional framework of the People's Republic of China

Despite ban, a growing number of Chinese Buddhists who flock to India and follow His Holiness the Dalai Lama around the world to receive his teachings, and to seek his blessing. His Holiness have met with hundreds of Chinese scholars, lawyers, educators, writers and human rights advocates who cautiously endorse his pursuit.

There were more than thousand articles written by Chinese scholars that are very critical about the Chinese government policy in Tibet. Many believe that Chinese not only control the political power in Tibet, but also the economic life and even cultural and religious life of the Tibetan people.

Since a widespread uprising of Tibetans in 2008, Chinese officials have tried to clamp down on the border between Tibet and Nepal to prevent most Tibetan pilgrims from leaving via a popular route. In 2012, security officers in Tibet detained hundreds of people returning from a Kalachakra religious teaching ceremony in India over which His Holiness the Dalai Lama had presided. The ceremony is sometimes held in India, and officials had turned a blind eye to some Tibetans seeking to attend, but the 2012 mass detention showed that Mr Chen, Beijing appointed party chief in TAR and other regional leaders were intent on taking a harder line.

Mr Chen said in the question-and-answer transcript that officials in the Tibet Autonomous Region, which includes Lhasa and the central Tibetan plateau, had uncovered 19 cases of violations of political discipline and had punished 20 people.

"In 2015, not one person from the Tibet Autonomous Region has gone to the 14th Dalai Lama's prayer sessions," he said, without mentioning the severe restrictions that China had imposed on Tibetans in the region.

It is no new thing for the authorities in Beijing, Chinese soldiers along the Tibet-Nepal borders have been known to shoot and kill Tibetan refugees, including women and children as they try to escape the Chinese regime.

While many countries are looking for ways to stop refugees from entering, the Chinese regime is looking for ways to prevent Tibetans from escaping. A new frontier monitoring system was detailed by the state-run China Daily news outlet on November 6. It uses advanced radars and unmanned aircraft to track people, and has already been deployed by border defense units in Tibet and other regions.

In August, an official publication of the party's Organization Department, which manages postings for party members, said the party in TARt was tightening discipline. China said the party there had issued a policy called the "six absolutely don't-use," which described criteria for rejecting potential party members or officials.

Those include people who have gone abroad to "worship" the Tibetan spiritual leader or to prayer sessions and teachings by him- considered "intentionally manufacture ethnic conflict or disrupt ethnic unity."

Unlike Hong Kong, Macao and Taiwan, Tibetans in Tibet always treated in a totally different way. Tibetans believe that the only logical reason for the Beijing is that the Tibetans are not Chinese, because they have no flesh connection with Chinese, even if they try to, mix their bones.