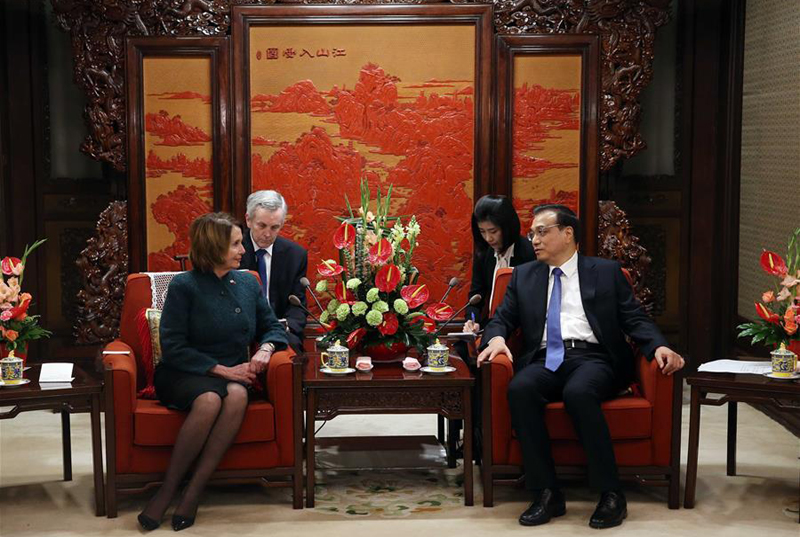 US House Minority Leader Nancy Pelosi and six other Democratic lawmakers traveled to the so called Tibet Autonomous Region (TAR) before meeting the head of China's top legislature in Beijing on Thursday.

An article published in a Chinese state-owned newspaper, 'Tibet Daily' claimed that Pelosi "highly praised" developments in Tibet, including "the efforts made by the Chinese government to protect religious freedom, ethnic culture and the environment."

Chen Guoquan, the party chief in TAR warned his party members and cadres, to avoid any appearance of any wrongdoing, just ahead of the US Democratic lawmakers' trip to the in region this week, a report published by the party's central anti-corruption and discipline agency, on Monday.

"Pelosi spoke highly of the great transformation in the new Tibet and the efforts by the Chinese government in guaranteeing freedom of religion, protecting ethnic tradition and culture and ecological environment," the Tibet Daily, reported.

"Thanks to the efforts by the Chinese government, the living standards of Chinese people, including Tibetan people, have improved significantly. People all over the world have recognized this, and you have every reason to feel proud of this," Pelosi was quoted as saying by the Tibet Daily.

The Chinese State-Run Media reported on Thursday that "Chen Guoquan, Party secretary of the Tibet autonomous region, met in Lhasa on Tuesday afternoon with the US delegation."

"Chen extended a welcome to the US delegation and expressed his appreciation to the efforts and contributions made by Pelosi in supporting the healthy development of China-US relations over the years," the report said.

The report said Chen "hoped that on issues relating to Tibet, the US will keep its promise of respecting China's sovereignty and territorial integrity and does not support activities aimed at separating China."

The report said Mr Chen "called on the US not to allow a visit by the Dalai Lama and not to provide any form of support of activities by Tibetan separatist forces."

'Chen also briefed US lawmakers of the social and economic development of Tibet and hoped Pelosi would have a deeper understanding of Tibet through the visit,' the report said. He said 'he also hoped Pelosi will help introduce the real, prosperous and harmonious Tibet to Americans and the world.'

"Pelosi thanked the autonomous region for the good arrangement, saying the US will adhere to the One China principle and acknowledge Tibet as part of China's territory," according to the Tibet Daily.

She described the visits to temples, schools, communities and local residents' homes and the deep interactions as greatly helping their understanding of Tibet in a comprehensive way.

"Thanks to the efforts by the Chinese government, the living standards of Chinese people, including Tibetan people, have improved significantly. People all over the world have recognized this, and you have every reason to feel proud of this," Pelosi was quoted as saying by the Tibet Daily.

Unlike Hong Kong, Macao and Taiwan, Tibetans in Tibet always treated in a totally different way. Tibetans believe that the only logical reason for the Beijing is that because the Tibetans are not Chinese.

More than 140 Tibetans have set themselves on fire since 2009 in protest against Chinese rule over Tibetan regions. Most of them have died from the injuries sustained in their act of protest.

China has barred foreign journalists from Tibet and prevented many others from traveling to surrounding Tibetan regions, making independent verification difficult.

However the report claimed that "the meeting was attended by other leaders in the autonomous region as well as monks and nuns from several Tibetan temples."

Pelosi has met on multiple occasions with His Holiness the Dalai Lama, including in Dharamshala, India. She has spoken out strongly against Chinese repression in Tibet.