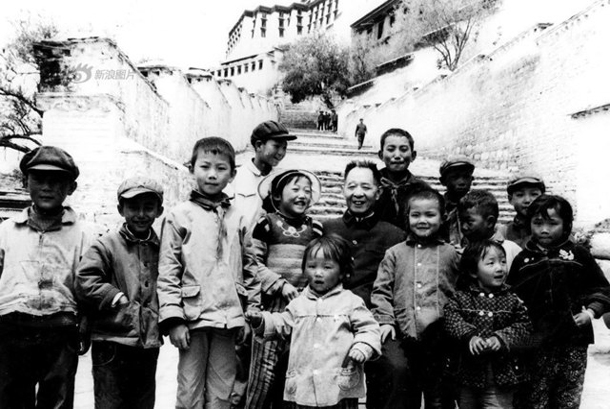 Hu Yaobang was known as a dedicated reformer and one of late Deng Xiaoping's most important associates, openly denounced the "colonial" way of ruling Tibet during his visit to Lhasa, the capital of Tibet, in 1980.

Hu, who was in many ways his opposite in temperament and politics, ordered the withdrawal of thousands of Chinese cadres from the region and tried to increase Tibetan representation in the government. He also apologised to Tibetan people for China's mistakes of past policies and looked into allowing His Holiness the Dalai Lama to return to Tibet.

"Comrade Hu Yaobang devoted his entire life to the party and the people," Mr. Xi said at the meeting in the Great Hall of the People, the grandiose home of the national legislature in central Beijing, China Central Television reported. "His pioneering achievements in socialism with Chinese characteristics are immortal."

Party mouthpiece People's Daily also reported the publication on Thursday (Nov. 19) of a collection of Mr Hu's speeches and works, ranging from 1952 to 1986. The People's Publishing House, which released the book, said Mr Hu's works highlight his "noble character" and "just and clean work style," according to Xinhua, the state-run news agency.

"During the 1980s, all of society was vibrant and alive, a scene of thriving energy," Hao Huaiming, a former aide to Mr Hu, wrote recently in Yanhuang Chunqiu, which roughly translates as China Annals, a beleaguered monthly magazine in Beijing that airs the views of party moderates.

"The economy was developing, intellectual life was lively, the ideological sphere was relaxed, there was clear progress in freedom of expression and freedom of the press," Mr. Hao wrote. "There are valid reasons why people look back nostalgically on that time."

Unlike Mr Hu, many Chinese hard-liners say the country's political arrangements and policies towards Tibet are effective and the leadership of the Communist Party which has stabilised Tibet's situation for 50 years is strong.

In April 1980, the CPC's Central Committee called the first ever high-level meeting on work in Tibet. In May the same year, a delegation composed of a five-member working committee on Tibet under Hu Yaobang, General Secretary of the Communist Party of China, visited the "Tibet Autonomous Region (TAR)".

During his visit to the region, Hu Yaobang expressed astonishment at the level of poverty in Tibet. He demanded to know "whether all the money Beijing had poured into it over the years had been thrown into the Yarlung Tsangpo River."

Hu also said the situation reminded him of colonialism. Hu sacked General Ren Rong from the post of the "TAR" Party Secretary and replaced him with Yin Fatang, a Tibetan-speaking Chinese.

During a meeting with the Tibetan delegation in Beijing early June 1980, Ling Tao, Vice-Chairman of the Chinese People's Political Consultative Conference told the delegation that "Comrade Hu Yaobang has taken a special responsibility to groom Tibetan cadres to provide real autonomy to Tibet. Tibet and other nationalities are different. Therefore, we have developed and implemented a separate policy for Tibet."

Hu's death sparked the 1989 Tiananmen Square protests. The number of students killed when red army tanks and troops entered Beijing on the night of June 3-4, 1989, remains a mystery. Solders opened fire and killed up to 1000 student protesters but the Beijing authorities have never issued an official toll or list of names.