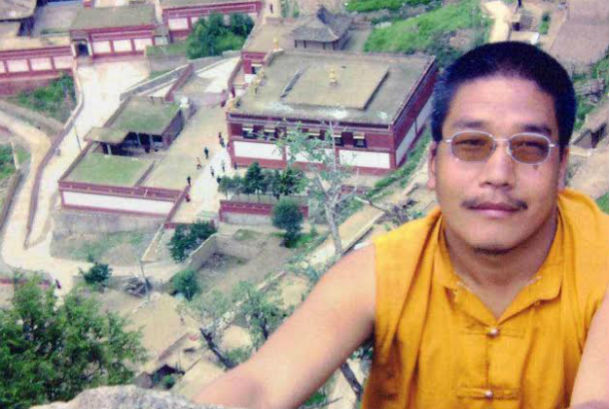 Dharamshala — A Tibetan monk was reportedly briefly detained by Chinese authorities in Malho County of north-eastern Tibet, over his plans to publish a book about his 54-day escape over the Himalayas to Nepal and India in 1994 to seek an audience with the spiritual leader of Tibet His Holiness the Dalai Lama.

Lhu Konchok Gyatso, a monk at the Lhamo Dechen monastery in Malho (Ch: Huangnan, Qinghai Province), was taken into police custody at 7.20am, December 18, after the authorities became aware that he was planning to publish a book about his travels in India, a Tibetan source with contacts in the region told TPI.

Sources say that before his arrest security personnel "raided" his room, thoroughly checking his belongings including his laptop and mobile phone at around 2:00 a.m.

"Gyatso was taken to the police station in Chentsa county, and later transferred to the Malho security office, where he was held for six days for interrogation," TPI's source said, speaking on condition of anonymity.
.

The authorities warned him not to publish his book, and threatened jail time for non-compliance. "The Chinese police threatening him with re-arrest and imprisonment if he moves ahead with plans," the sources said, adding: "His mobile phone and laptop computer were also confiscated."

More than 140 confirmed self-immolation protests have taken place inside Tibet. They have called for the return of His Holiness the Dalai Lama to Tibet and freedom for Tibetans.