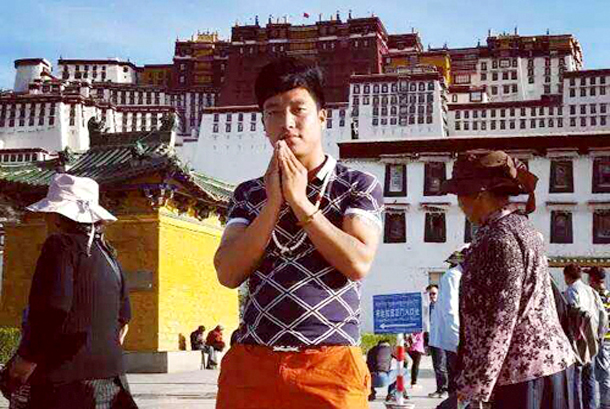 Sonam Tsephel, who writes under the pen name "Gangchenpa Gudak", was arrested on February 19, 2016. Jigme Ngwang, a Tibetan living in exile told TPI that "his location and the reason for his arrest are not currently known."

Tsephel is originally from Pasho County, Chamdo region of Kham Province in eastenr Tibet. He was first arrested in 2009 and served a sentence of two years in prison for "instigating separatist activities" after spending 9 months in detention before trial.

According to sources, while the exact reason for his arrest is currently unknown, they suspect that Tsephel's writings and keeping speeches by His Holiness the Dalai Lama along with distributing his photos.

In 2015, he served 20 days in prison, accused of writing articles against China and keeping speeches by His Holiness the Dalai Lama along with distributing his photos. He was later fined 1500 yuan (approximately US$200) and released. However, he was kept under surveillance and restrictions from the Chinese authorities.

According to various sources, all communications, include Internet lines in the region and surrounding areas severely restricted and oftenly blocked, except for Chinese government offices and institutions.