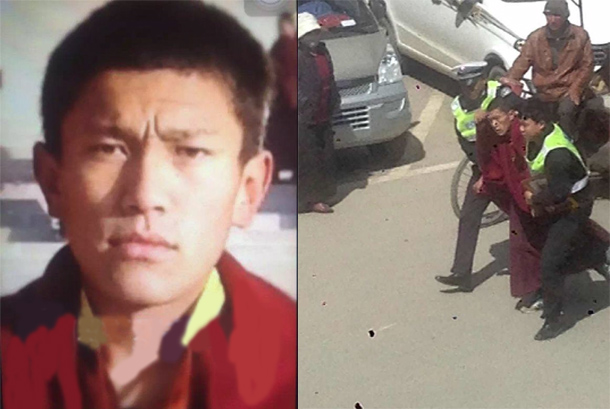 Dharamshala — Chinese police in Ngaba County of north-eastern Tibet have detained a Tibetan monk after he staged a solo protest against the Chinese government repression and failed official policy in Tibet.

Lobsang Thupten, a Tibetan monk from Kirti Monastery staged a solo protest on Monday, around 3:00 p.m. on May 2, walking down the Ngaba County street whilst holding a portrait of His Holiness the Dalai Lama,' Ven Sonam, a Tibetan living in Switzerland told TPI on Monday.

"Chinese police immediately arrested him at the spot, but details cannot be confirmed," he said, citing local sources in the region.

The video footage and photos also show the monk from Kirti Monastery, staging a solo protest on a street in Ngaba county on Monday afternoon.

Most parts of Tibet have suffered severe crackdowns and been under heightened restrictions and controls in the past six decades, that China calls it a "peaceful liberation". But Tibetans say the main causes of the Tibetan people's grievance, including China's political repression, cultural assimilation, economic marginalisation, social discrimination and environmental destruction in Tibet.