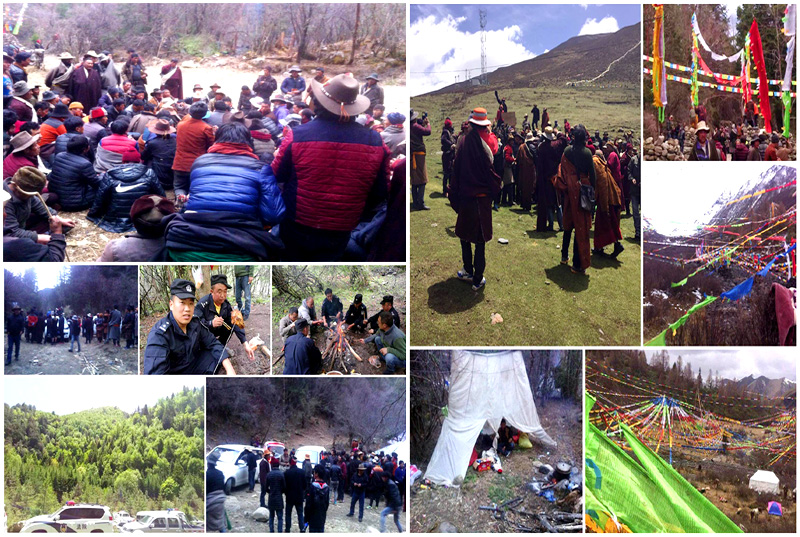 Dharamshala — The local government in Akhori Township, Chuchen County has been forced to temporarily halt mining at a sacred mountain after Tibetan protests caught the strong attention of the media.

However, protesters do not believe the pause will last long as the town's holy mountain was previously named the main mining project of the China Geological Survey Bureau from 2016 to 2018.

A source in the community said: "Akhori Townships are protecting the ecosystem by risking of their lives and they are determined to never hold back. Thanks to the strong support from the people who believe in justice as well as attentions of the Media, the Chinese local government has stopped the mining project. But if given the opportunity, the Chinese government will suppress Tibetans without any mercy".

He added: "What we want to see is a new policy from China that means we don't have to face a violent group of armed forces. We don't want to suffer ethnic discrimination and we are not willing to be cheated by the Chinese government anymore. They look us like enemy and treat us like a toy, we don't have any freedom".

The protests first broke out on 28 March after work started on the construction of infrastructure to support the mining operation, including building a road to aid the development of a new power station.

A clash between security forces and the protesters followed soon after and left 20 Tibetans wounded and 7 detained. However, a large number of community members continued the protest, urging authorities to "protect the holy mountain and stop the mining". The deployment of security forces created an on-going stand off.

Village representatives went directly to the local authorities to demand an end to the mining and quickly gained the attention of local media and Tibet support groups.

The representatives will next submit petitions to the related local government offices and to the Chinese government to demand an explanation about the future of mining in the area. They will also request for protection to be given to nomads living on the nearby land and for an end to the destruction of the ecological environment.