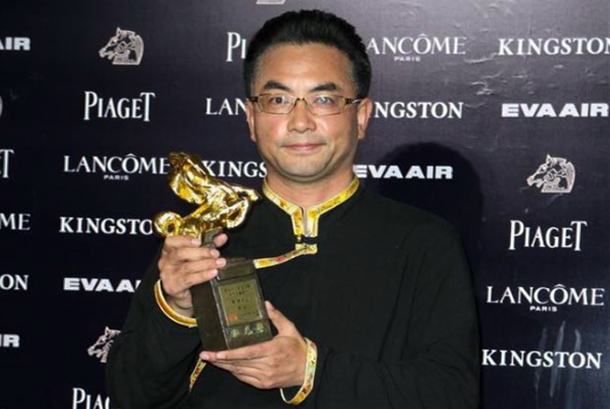 Dharamshala — The renowned and award-winning Tibetan film director Pema Tseden has reportedly been detained and assaulted at Xining Airport. At present, director Pema has been hospitalized due to a health issue, but there is still no official report on his release. Multiple associations within Tibet and outside of Tibet have published announcements to call for just and legal treatment of Director Tseden.

According to Director Pema's friend Dorjee Tsering's public post, "Pema arrived at the Xining airport from Beijing in the evening of June 25. Pema forgot one piece of his luggage, and turned back to the luggage area with the ticket at his hands to pick up his belongings. The airport police used fetters to detain him and forced him into the Xining Airport Police Station before interrogating him for a whole night. At midnight on the next day, he was officially detained on the charge of 'interrupting the public order of the airport'. "

Some sources revealed that director Pema has diabetes. Another Chinese source (from one of Pema's anonymous friends) said that, "Pema Tseden's heart did not feel well at all, with serious chest stuffiness. Last night, they measured his blood pressure at over 200/60. His blood sugar was also high, and the bones of his both hands were constantly numb. The doctor said that, his back and shoulder had soft tissue injuries. He can hardly sleep well at night, and it was very painful leaning on the bed."

Many Tibetans as well as Tibetan supporters and Tibetologists have been reposting messages regarding director Pema's enforced detainment and situation on social media.

Today (June 29), the Film Directors Guild of China published an official announcement regarding Director Pema Tseden's incident in the Xining Airport. It says, "we urge the relevant authorities to make public the reason as to why the police is using enforcement measures, and whether the law was enforced according to the standard, and whether there is issues of violence in law enforcement or abuse of the rule of law in this incident."

Later on today, Qinghai Airport Police published a report stating that the police 'investigated an incident regarding a traveler's illegal act of disturbing the public order'. The announcement claims that the policemen have been acting according to the law, but Pema Tseden was 'shouting in the controlled zone' and then 'refused to answer the police's interrogation.'

But director Pema's producer, Chonjee Sonam Gyal, revealed that, 'the airport staff was harsh and did not listen to people. Pema Tsetan was rationalizing the situation, but the staff called the police. The Police were even worse, without any interpretation, they handcuffed Pema, and sent him to the police station along with his assistant and driver.'

Chonjee told the public that, according to director Pema, the police applied violent law enforcement on him, handcuffing him behind his back and deliberately hoisting his arms. During interrogation, the police put him into an iron cage, and he was forced to sit on a torture-rack, hancuffing both his hands and feet.

And according to many of director Pema's friends and teachers, he has always been a mild, polite, and humble person. Some of them do not believe that he would ever shout at the airport stuff.

Many Tibetans netizens related this incident of director Pema to many other explicit and implicit daily discriminations and injustices faced by Tibetans and Uyghur people under Chinese rule nowadays. It has constantly been reported that it is hard to rent a place or even stay in a hotel for a Chinese citizen with a Tibetan or Uyghur identity in some cities in China.

There are also a lot of discriminating discourses towards Tibetans and Uyghur people among Chinese local police, especially in ethnic regions like Qinghai, Gansu, and Sichuan.