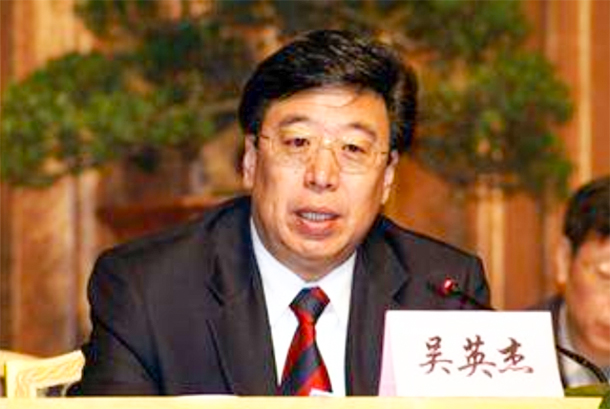 Dharamshala — The Communist Party of China has appointed Wu Yingjie, another Chinese as the Tibet Autonomous Region (TAR) new party secretary, a report by the state-run Xinhua News Agency said on Sunday. Some reports suggest that other important changes are expected to be made in the party's top leadership, details are unknown.

Wu, 59, another Chinese will replace Chen Quanguo, 61, who dictated the region for five years from 2011. Mr Chen, has replaced Politburo member Zhang Chunxian, 63, as new party cheif for Xinjiang, knowns as East Turkestan, where decades of deadly conflict continues to wage.

After being appointed as top official of TAR, Mr  reportedly said  people's livelihoods have been his top priority during his entire political life in the region. "Tibet is my second home. I think of myself as a local Tibetan," he said. "I deeply love the land and the hardworking people here."

The multilingual propaganda—  "China Tibet Online" has claimed that Mr Wu is "the first person to hold the position after spending his whole political career in the region."

Wu, has built almost his entire political career working in the Tibetan region, where he was deputy governor and propaganda chief. According to the state-run media report on Sunday, August 28, 2016, Wu worked on farms and at a power plant there before doing his university degree in Tibet's capital Lhasa.

In addition, the CPC also announced on Sunday a change in the secretary generals of the provinces of Hunan and Yunan in southern China. These posts will now be occupied by two allies of President Xi Jinping, who worked with him when he was party chief in Shanghai.

In Yunnan, bordering Myanmar, Laos and Vietnam, Chen Hao replaced Li Jiheng, while in Hunan, Du Jiahao had assumed the party's top job, Xinhua said. These changes come a year before the 19th Party Congress, which takes place once every five years and will mark the end of Chinese president Xi Jinping's first five years in office.

Like his predecessor, Wu also belongs to the majority Chinese nationality, following a CCP tradition as per which autonomous regions such as occupied Tibet, East Turkistan, Inner Mongolia, have governors belonging to that of other nationalities which Beijing designated for so called ethnic minorities, while the secretary general, the most powerful official, is always from the Chinese nationality.

In 2014 Wu reportedly claimed that His Holiness 'the Dalai Lama' was in discussions with the Chinese government through his "personal envoys" but the talks were only about the possibility of his return to Tibet.

Responding to Wu's claim, Dr Lobsang Sangay, the democratically elected political leader of Tibetan people has rejected the Wu's claims by saying there isn't any official contact or dialogue taking place with the Chinese leadership.

Sikyong said 'if dialogues are to take place, it would be between the envoys of His Holiness the Dalai Lama and representatives of the Chinese leadership, as we have always been transparent.'

The Sino-Tibetan dialogue between the Representatives of His Holiness the Dalai Lama and the Chinese government, began in 2002 in a bid to consider prospects of "genuine autonomy" for Tibet, but it ground to a halt in 2010 without any breakthrough after nine formal rounds of direct talk and one informal meeting.

However, the Tibetan spiritual leader has always said he remains optimistic he will be able to return to Tibet, citing political reforms that have taken place over the last few decades. His Holiness says he seeks only a meaningful autonomy for Tibet as a part of China, with protections for the region's language, religion, and culture under his "Middle Way" approach (MWA).

Tibet was invaded by Communists China, starting in 1949. Since that time, over 1.2 million out of 6 Tibetans have been killed, over 6000 monastaries have been destroyed— the acts of murder, rape and arbitrary imprisonment, torture and cruel, inhuman and degrading treatment were inflicted on the Tibetans inside Tibet.