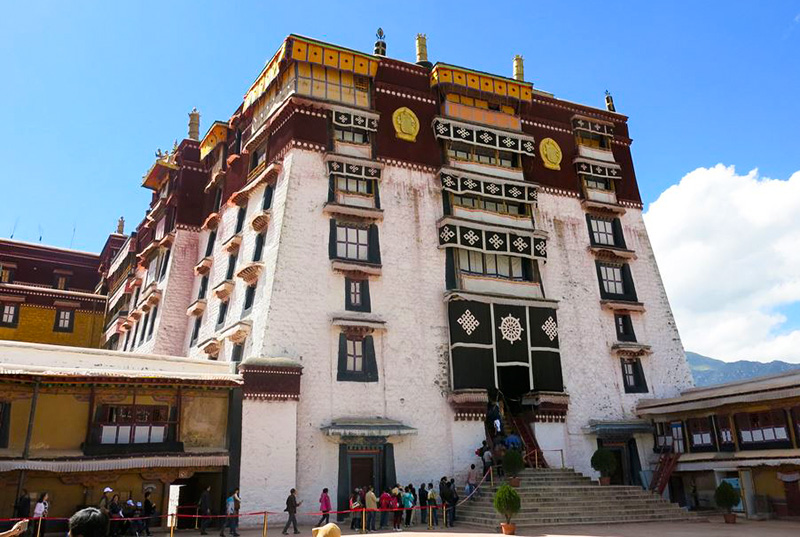 Dharamshala — Washington Post Beijing Bureau Chief Simon Denyer made history this week as he went live in front of the Potala Palace in Lhasa, the traditional capital of Tibet.

The Potala Palace in Lhasa, was the main residence of His Holiness the Dalai Lama until he fled to India during the 1959 Tibetan national uprising against the Chinese occupation. It is now a museum and World Heritage Site.

Reportedly using a VPN to bypass the government blocks to Facebook, Denyer used Facebook Live to report about his trip to Lhasa and take questions from viewers. Denyer began, "I'm here on a government trip, a very rare trip for foreign journalists to Tibet. In fact there have only been a handful of trips for foreign journalists to Tibet in the last decade. Its a harder place to get to than North Korea, in fact."

According to China's Xinhua news, the journalists were invited as part of a tourism exposition. About 400 overseas guests, who were foreign ambassadors in China, diplomatic corps from Northeast Asia and South Asia, foreign journalists and overseas merchants from 15 countries and regions, including the United States, France, Republic of Korea and Pakistan, attended the Third China Tibet Tourism and Culture Expo.

Denyer reported that while most of the tours he and his fellow journalists had were guided, they were also allowed to go out on their own and even talk with local Tibetans in Lhasa, leading him to question whether a change in Chinese policy might loosen the grip on Tibet.

"In terms of police surveillance, I have to say yes there clearly is police surveillance. But our trip has been much more relaxed than previous trips for foreign journalists. Whether that is because the Tourism Expo is in town and that they have been making an effort to show people that Tibet is more open, that may be a factor. It may be a factor that simply there hasn't been so much unrest in a few years since the 2008 Beijing Olympics, and they've relaxed things a little bit. But of course, I don't know how much surveillance Tibetans face, as that's quite hard to tell."

Though as Denyer went on to say that while they have been given a good amount of propaganda, they have also been allowed to move about as they please, one of their state guides walks by saying, "don't use the word propaganda.. it's publicity!"

Regarding locals' comments, Denyer said that the biggest complaint Tibetans voiced was about education. Tibetan children have very limited access to Tibetan education, as most all of their schooling is in Mandarin Chinese. "That is a problem for parents. One parent said, my child speaks better Mandarin than he does Tibetan. A Tibetan teacher and scholar we met said, many Tibetans speak their own language as if it were foreign."

Denyer's Facebook Live endeavor gave us the first unedited, free depiction of Potala Palace and Tibet in years, as China's occupation has cut off communication and access from the rest of the world through restrictions in tourism and internet blockades.