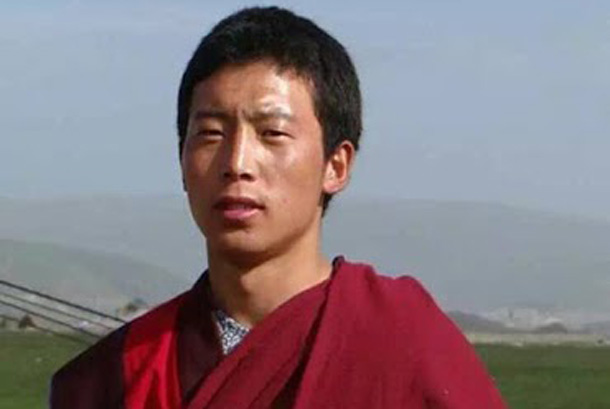 Dharamshala — Chinese authorities have sentenced another Kirti monastery monk in Amdo region of north-eastern Tibet to six years in prison, for allegedly sharing online information about events in Tibet abroad.

"Ven Sonam was arrested by Chinese police on the street of Ngaba town, on September 11 last year and d his whereabouts have been unknown since then," said Kanyak Tsering and Lobsang Yeshe, spokespersons of the exile seat of Kirti monastery here in Dharamshala.

According to TPI source in touch with others in the area, Sonam is now being held in Mianyang prison, located in Wujia Township in Mianyang Prefecture around 100km (62 miles) northeast of Chengdu, Sichuan Province.

Sonam is the eldest of four bothers and daughters to father Kalsang and mother Tsering Dolma. He hails from division no.2 of Yultso Village, Rong Khar Sar Township in Ngaba County, north-eastern Tibet.

Kirti Monastery has been the scene of repeated self-immolations and other protests by monks, former monks, and nuns opposed to the Chinese repression. The Ngaba area has been under military lock-down since major protests were held in the area following the spread of protests across the Tibetan plateau beginning in March, 2008.