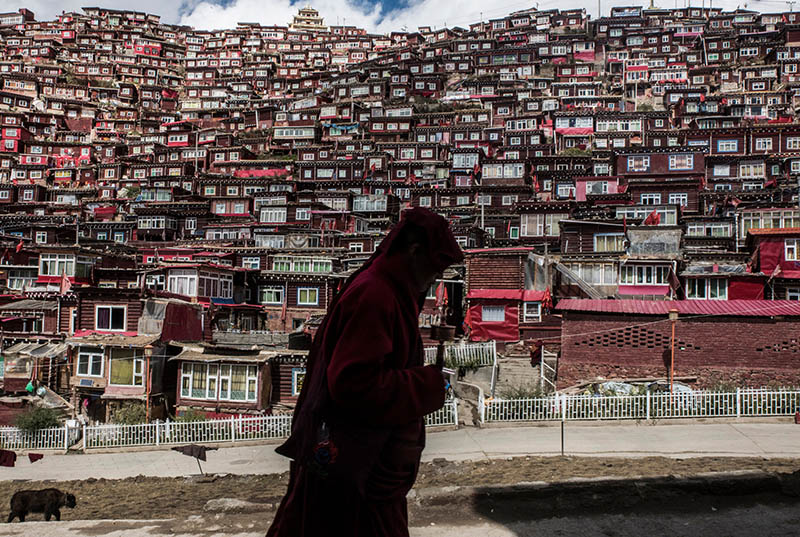 Dharamshala  — Chinese authorities in the southwestern province of Sichuan, Northeastern Tibet, have apparently tightened restrictions on anyone planning to study at the Larung Gar Buddhist Academy, allegedly forcing any potential students to first pass a 'political examination' administered by the police.

An official of the religious affairs bureau in the Kardze (Ganzi) Tibetan Autonomous Prefecture said anyone wanting to study Tibetan Buddhism must now pass a 'political examination' administered by the police.

Asserting that the movement of potential Larung Gar students is being restricted by the county level, he said, "you'll have to pass a political examination administered by the police first; they won't grant you a permit unless you pass it. In the past, anyone could go there and study, but now it has got pretty big, and they are gradually bringing it under control.

"Now nobody can go there and study Buddhism without the approval of the local party committee and local government."

Founded by Khenpo Jigme Phuntsok in 1980, many thousands of Tibetans and Han Chinese once studied at the sprawling Larung Gar complex, located in the Larung Valley in Serta County.

According to previous sources, the demolition order states 'final population of 5,000 can include no more than 1,000 people from other provinces and their respective names will be recorded and registered separately. Out of the total 5000 residents, 3500 will be monks and nuns at Larung Gar monastery and the remaining will be students at the institute.'