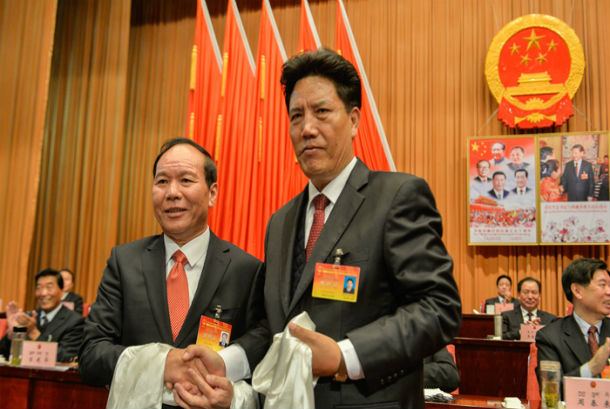 Dharamshala —  The Chinese Communist Party has announced the new appointment of Qi Zhala (Che Dhalha) as the new Chairman of Tibet Autonomous Region on Sunday, according to the state-controlled news agency 'Xinhua'.

With over 35 years of experience including Tibet Autonomous Region's Communist Party vice-secretary and the party head of regional capital Lhasa, Dalha’s promotion as the new Chairman makes him the second most powerful figure in the region, the report claimed.

According to the Xinhua, the 58-year old politician would be replacing Losang Jamcan (Lobsang Gyaltsen), who was elected chairman of the Standing Committee of the Tibet People's Congress the same day.

Dalha, who is a Tibetan and hails from Yunnan Province, and during his reign as the head of Lhasa had imposed strong restrictive measures and maintained an iron grip over the city.

A group of the Chinese Communist party from Tibet led by Dalha visited the US last year and during their meetings with the U.S. officials, Mr Dalha openly claimed that Tibet has always been part of China, and there is no basis for "Tibet issue." But many Tibetans called him a Chinese "puppet" from Tibet.

He also had ordered crackdown on ‘separatists’ and ‘criminal activities’ that he linked to ‘Dalai Clique’, while keeping all the monasteries under severe clampdown and increased surveillance.

In last year, China appointed Wu Yingjie as the party chief of the Tibet Autonomous Region. Wu is known for his long involvement advancing hardline Party campaigns and crackdowns in Tibet. He even went so far as to describe himself as a “local Tibetan”, saying that he was “brought up by the Party, the people, the Tibetan Plateau and all the ethnic groups of Tibet” and that he loves "the land and the hardworking people here."